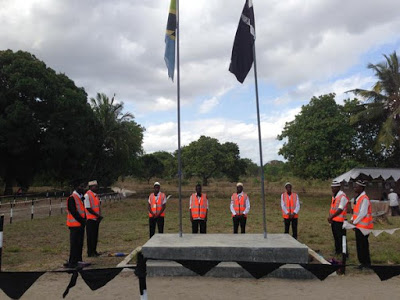 “This is the time when Muslims are accused of many bad things in the world, including breach of peace contrary to Islamic teachings.”

The Ahmadiyya Muslim Community in Tanzania (AMC) has advised Muslim youth to avoid joining groups of people promoting hatred and violence as it is against the teachings Prophet Muhammad.

The advice was given on Saturday in Dar es Salaam by Sheikh Abdulrahman Ame when preaching at the 47th AMC annual gathering.

The congregation has attracted more 3,000 visitors from within and outside the country to discuss various issues which include assessment of the community’s responsibilities.

“This is the time when Muslims are accused of many bad things in the world, including breach of peace contrary to Islamic teachings.

“People are misled with the meaning of Jihad in Islam. Jihad is to promote, protect the religion in peace as the teaching of Prophet Muhammad directs. Islam is centred on preaching and promoting peace in the community and not committing crime,” he said.

He appealed to Muslims to use the pilgrimage to Makkah in repenting their sins and respecting the philosophy of of pilgrimage as part of the pillars of Islam.

At the same occasion, Sheikh Athumani Kambaulaya of Ruvuma region reminded the public to be God-fearing for making the world a better place to live in. “In communities these days’ parents have become bad examples to their children in terms of morality,” he said.