In a shocking report, UKâ€™s IBTimes has revealed how city council of Britainâ€™s second most populated city, Birmingham favored Muslim religious extremists against the persecuted Ahmadiyya sect. The report revealed how Birminghamâ€™s education authorities blocked one of UKâ€™s oldest and most peaceful Muslim sect from being represented on an interfaith council. 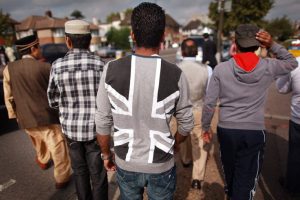 City of Birminghamâ€™s Standing Advisory Council on Religious Education (SACRE) told members of the Ahmadiyya Muslim Community that in order to be represented on the cityâ€™s SACRE committee they would have to declare themselves as non-Muslims first.

SACREâ€™s committee member demanded Ahmadis to declare themselves as non-Muslim after right-wing Muslims threatened a walkout.

In an email message published by IBTimes, Councillor Barry Henley, Chairman of Birmingham SACRE committee said that the body would welcome an Ahmadi representative provided they describe themselves as â€œAhmadiyya Community or similar wording and not Ahmadiyya Muslim Community.â€

Chairman Henley insisted that if he allowed the Ahmadiyya to be admitted he would be â€œbreaking the law because the other Muslim representatives would leave.â€

Responding to the judgment, Fareed Ahmad, a member of the Ahmadiyya National Executive Committee, said the Labour-led council had failed to defend religious tolerance.

In July, the SACRE committee rejected a new membership application from the Ahmadiyya Muslim Community.

British law expert, Barrister Neil Addison has said that the committee broke the law in excluding the Ahmadis: â€œIt is endorsing sectarianism, we wouldnâ€™t allow it with anyone else in the UK, and it is not lawful.â€

The controversy began in 2012 when Birminghamâ€™s Ahmadiyya Muslim Community first applied for SACRE membership. Soon after the initial application, SACRE changed itâ€™s charter so that only candidates chosen by committees representing faith communities would be considered for membership.