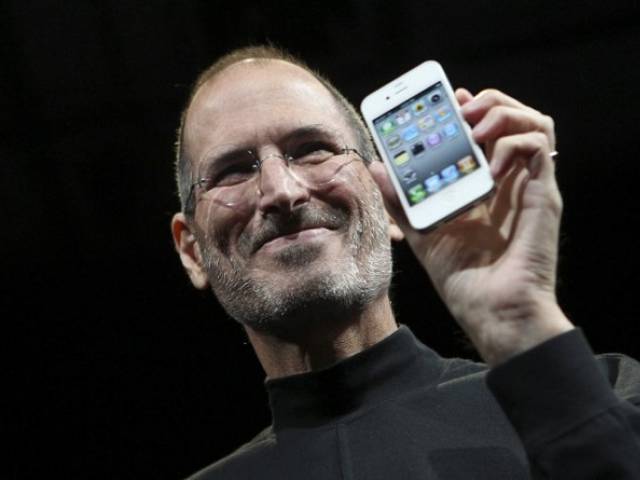 Apple still a star without Steve Jobs, but doubts linger

Apple still a star without Steve Jobs, but doubts linger

Five years after the death of Apple co-founder Steve Jobs, the Silicon Valley tech giant is bigger and stronger, despite lingering doubts over its future without the visionary leader.

In financial terms, Apple has been an unstoppable juggernaut: Its profit for the 2015 fiscal year was a whopping $53 billion on revenues of $234 billion â€” both figures doubled since the final year of Jobsâ€™s reign before he died of pancreatic cancer on October 5, 2011.

Appleâ€™s market value is more than $600 billion, below its 2015 highs but more than twice its level of 2011 and holding above Google parent Alphabet as the worldâ€™s most valuable corporation.

Apple says initial quantities of iPhone 7 Plus sold out

Still, some analysts question whether Apple â€” which redefined the smartphone experience with its trend-setting iPhone introduced in 2007 and created a vast ecosystem of mobile applications â€” is losing momentum.

â€œItâ€™s really hard to keep up the innovation cycle when you have developed a successful product,â€ said technology analyst Jack Gold of J. Gold Associates.

â€œWith each successful generation (of a product) it becomes harder. The question becomes, â€˜Whatâ€™s the next big thing?â€™ and itâ€™s not clear what that is going to be.â€

â€œWe have seen no major innovations for Appleâ€ since the Steve Jobs era, Wadhwa told AFP.

With the latest iPhone 7, Wadhwa said, â€œthey market it well but itâ€™s the same device all over again.â€

Apple has moved into new services such as streaming music and mobile payments, and is believed to be working on virtual reality and autonomous driving technology. But the bulk of its revenue and profits still come from the iPhone.

â€œThey havenâ€™t figured out what they want to deliver,â€ Wadhwa said.

â€œIf they wanted an Apple car it should have been out there now to compete with Tesla.â€

Jobsâ€™s successor Tim Cook has won plaudits for his performance keeping Apple on a steady path, even though no one sees him as the same kind of leader.

â€œTim Cook is an operations guy, he is great in getting the supply chain to churn out things,â€ said Jan Dawson of Jackdaw Research.

Still, Dawson sees Cook as broadly successful in keeping Apple on track. He noted that Apple has doubled its spending on research and development since Cook took over.

â€œThey stick to a certain price point and a premium experience, and that hasnâ€™t changed from Steve Jobs to Tim Cook,â€ Dawson said.

Apple has succeeded not by being first in a market segment but by improving and perfecting certain products.

â€œThey werenâ€™t the first to make an MP3 player or smartphone or tablet,â€ Dawson said. â€œApple bides its time and when it can make a significant contribution to a category it comes in and improves the experience. That was true in the Steve Jobs era as well.â€

Dawson said it is not clear if Apple would be in a different place if Jobs were alive today, with the smartphone market largely saturated and touch competition from rivals.

â€œPeople look at the iPhone and say nothing else has lived up to that, but there arenâ€™t any other technology categories like that,â€ he said.

Wadhwa argued however that Cook has had chances to â€œreinventâ€ the company and has failed to do so.

â€œHeâ€™s basically an operations guy who is living in the past,â€ Wadhwa said.

Wadhwa posited that Apple, with its vast cash reserves, could buy Tesla and put its highly regarded chief Elon Musk in charge of the company.

â€œYou need a crazy visionary leading the company,â€ he said.

â€œPeople have shown a lot of patience because we all love Apple. And I love Apple. So itâ€™s not too late to save the company.â€