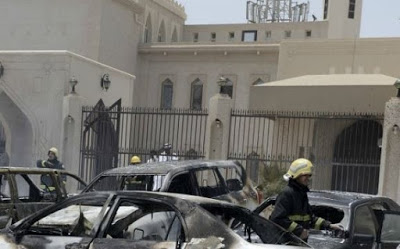 Saudi Arabia says it has thwarted a terrorist attack against worshipers at a Shiâ€™ite mosque in the eastern governorate of Qatif.

The Interior Ministry said on August 24 that police questioned a Pakistani man the day before and discovered he was carrying a bomb inside a sports bag.

The ministry said police fired on the suspect, who died on the way to hospital.

The attempted attack occurred around sunset prayers, it added.

In July, Saudi Arabia identified a Pakistani man as being behind a suicide bombing outside the U.S. Consulate in the Red Sea city of Jeddah.

Since 2014, the Islamic State group has claimed a series of bombings and shootings targeting the Sunni-ruled kingdom’s minority Shiâ€™a, as well as security forces.