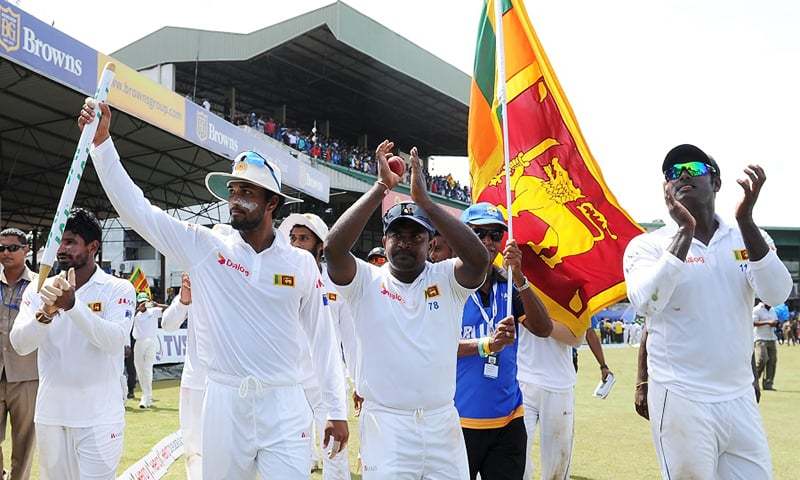 COLOMBO: Sri Lanka’s heavy reliance on its spin bowlers threatens to undermine their chances at the next cricket World Cup on the faster pitches of England, according to former skipper Arjuna Ranatunga.

Ranatunga, who led Sri Lanka to their first and so far only World Cup triumph in 1996, told reporters he had been heartened by Sri Lanka’s recent whitewashing of Australia in a home Test series and their strong showing at the start of the subsequent ODIs.

But the recent success has been largely due to the performances of spinners such as the veteran Rangana Herath and the left-armer Amila Aponso, who took 4-18 as Sri Lanka won the second ODI on Wednesday.

Ranatunga, himself a medium-pace bowler as well as a powerful middle order batsman, said such a formula for success would not work beyond the Indian sub-continent where pitches are much less conducive to spin.

â€œWe need to build our all-rounders and fast bowlers. Spin alone is not enough to play in conditions like in England. If we are preparing for the next World Cup in England, spin alone won’t do,â€ he told Sri Lanka’s Foreign Correspondents Association in Colombo late Thursday.

â€œI am not putting down their achievement [in beating Australia], but they need to go out [of the sub continent] and prove themselves. At the moment we are depending entirely on spinners.â€

Sri Lanka’s reputation as one-day specialists, which was first earned during Ranatunga’s era, has grown over the years after they reached two of the last three World Cup finals.

But the next tournament in 2019 will be a major challenge for a team who failed to win any of their nine internationals in all formats on a recent tour of England.

The dearth of speedsters has already been acknowledged as a problem by Sri Lanka’s board, which recently tasked its most successful pace bowler Chaminda Vaas with identifying fast bowling talent across the island.

Ranatunga, who is now a government minister, had warm praise for the current skipper Angelo Mathews.

â€œEven if you fail once or twice, you need to be able to pick yourself up and remain focused,â€ Ranatunga said in reference to the England tour.

â€œI have a lot of faith in Mathews. I think he will end up being the best captain Sri Lanka ever produced. He has huge potential. He is able to keep the players together as a team.â€