Its sub office is located at Farhan Market Railway Road Rabwah and its main office is in Lahore at Ambassador Centre, 7-Sir Agha Khan Road, Davis Road. The bookings of all Airlines within and outside the country are available.

For more information such as Hotel booking, Travel Insurance and traveling please visit to our office. The safety and comfort of children and infants are of utmost importance to us. We offer a number of services and facilities to make sure that travel for you and your children are as comfortable and hassle-free as possible.

All the needs you will require will be available on your request and our members will insure your request is fulfilled on time. You will love hotel services and it will not cost much. We have best and affordable packages for our customers. Our goal is customer satisfaction. Please contact Muhammad Yousaf for further information.

Rabwah : laborer crushed under the trolley 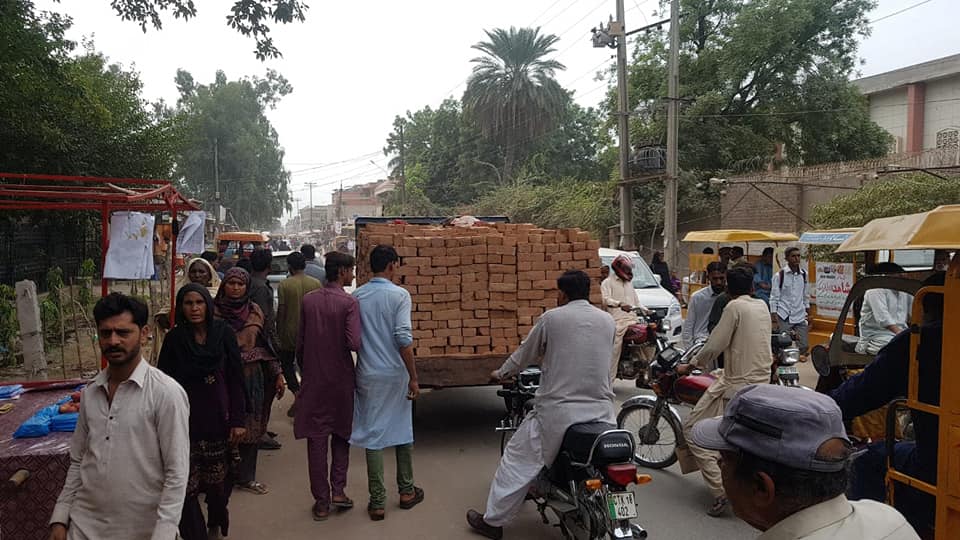 The horrible incident takes place in Chenab Nagar where Imran laborer resident of town thathi Nagar Aqsa chock rabwah crushed under the tire of the trolley as it fell down from the trolley. Imran’s father forgave the trolley owners by calling the incident an accident. Deceased father said that we were pleased with God and did not want to take any action against the trolley owners. 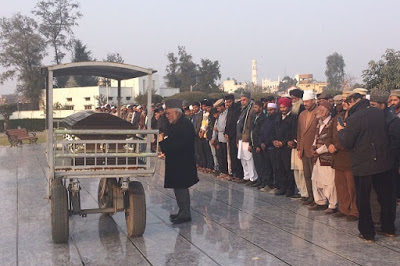 Qadian — Â Derwaish Chaudhry Umar Din Khan who had passed away last month on December 5th in the USA after a brief illness, was buried here yesterday in a designated area of the Bahishti Maqbara cemetery. 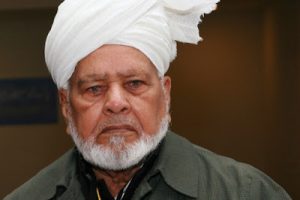 Derwaish Chaudhry Umar Din Khan‘s body was brought to Qadian for its last rites and it was accompanied by his sons and a daughter.

Maulana Jallal-ud Din Nayyar led attendees in the silent prayers after the burial. 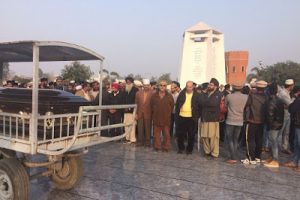 Interesting story about his joining of the Ahmadiyya Jama’at is that when he took Bait at the hands of the 2nd Khalifa, he was asked to live in Qadian, because he is needed here. At the time Chaudhry Umar Din Khan was still employed by British Army. Following the directions from His Holiness, he went back and resigned right away from Army and came back to settle down in Qadian.

Since he came to the USA in 1984, he was part of Merced Chapter in California

The Derwaish-e Qadian title means, those volunteers who stayed behind in Qadian to safeguard the holy places and the headquarters of the Ahmadiyya Muslim Community at the time of India-Pakistan partition in 1947, when many of the Muslims had moved to Pakistan. 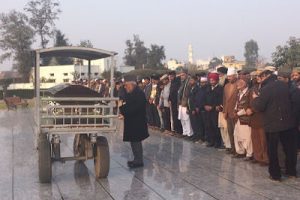 When His Holiness, Hazrat Mirza Bashirud Din Mehmood Ahmad asked for 313 volunteers to stay behind to protect Qadian city, Chaudhry Umar din Khan volunteered himself for this cause because he had a military background from second world war. The purpose of these volunteership was to protect all the Ahmadiyya historical building and properties from the attacks by non-Muslims, who had already declared that they will finish Qadian and take all its bricks and dump in the river.

One can imagine the critical situation at that time that the 313 brave men volunteered to stay behind to protect the historic religious places. They had no weapons and were all without families.

Before his illness. Â Chaudhry Umar Din KhanÂ was regular in attending all community events in the Merced Chapter and always travelled to attend the Annual Conventions in the U.S.

The community prays may God Almighty give the surviving memberâ€™s strength to bear the loss, and raise the status of the departed soul in the hereafter. 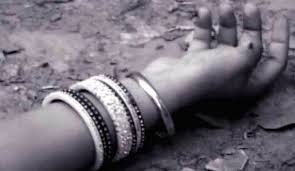 Today a brother killed his young sister age 25 in the name of honour. And he runs away from the spot. The family belong to the village ThathaÂ joyiiaÂ near to theÂ Rabwah. The SHO of rabwahÂ started the investigation on the matter and also raid several places to arrest the killer. According to him he will arrest the accusedÂ very soon. The dead body of the girl handedÂ over the family after the postmortem. 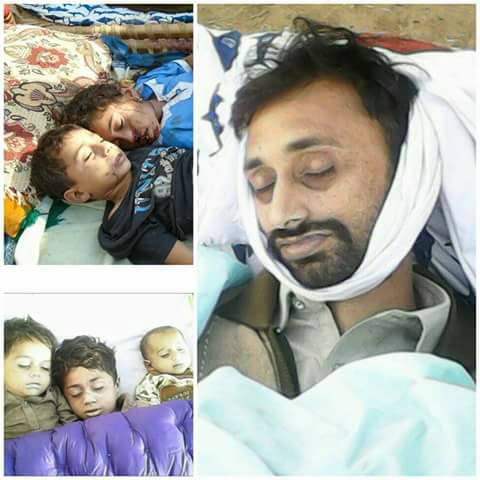 Today very sad news from Rabwah where a father killed his 5 children and also got suicide. According to the source, he was jobless from some month and very hopeless. In Pakistan this not the first time when any person killed his son or got suicide. The government should fulfil their duty to save the lives of the peoples and try hard to resolves the problems of the poor people. Police also started the further investigations about this matters.

According to media reports…… 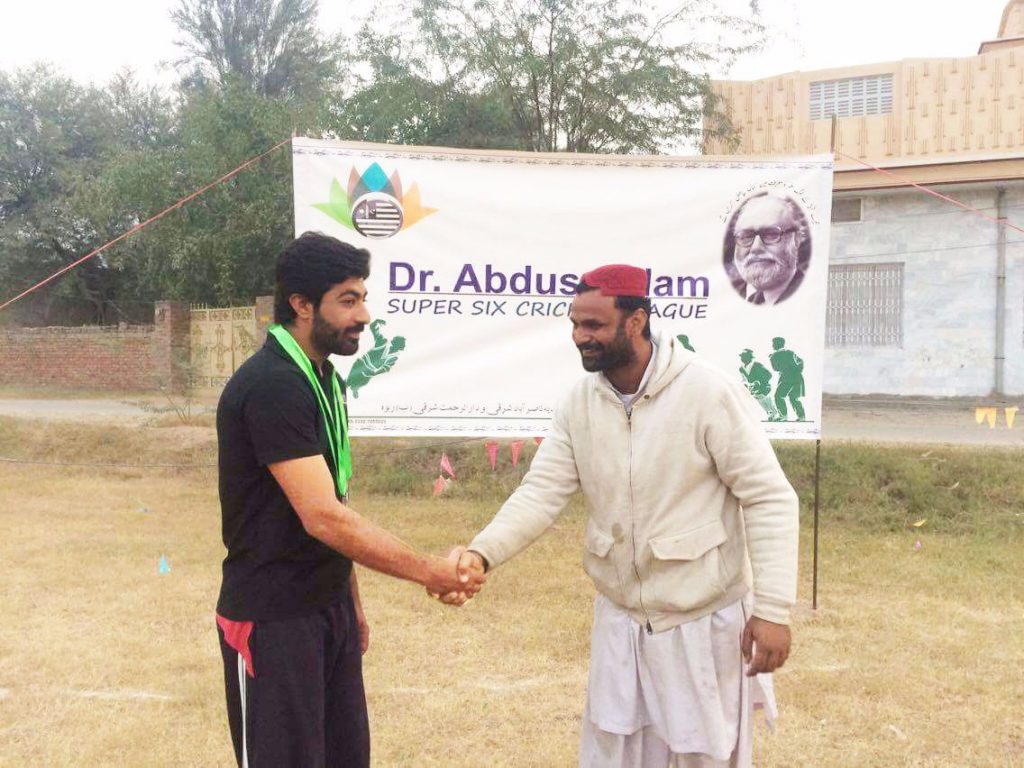 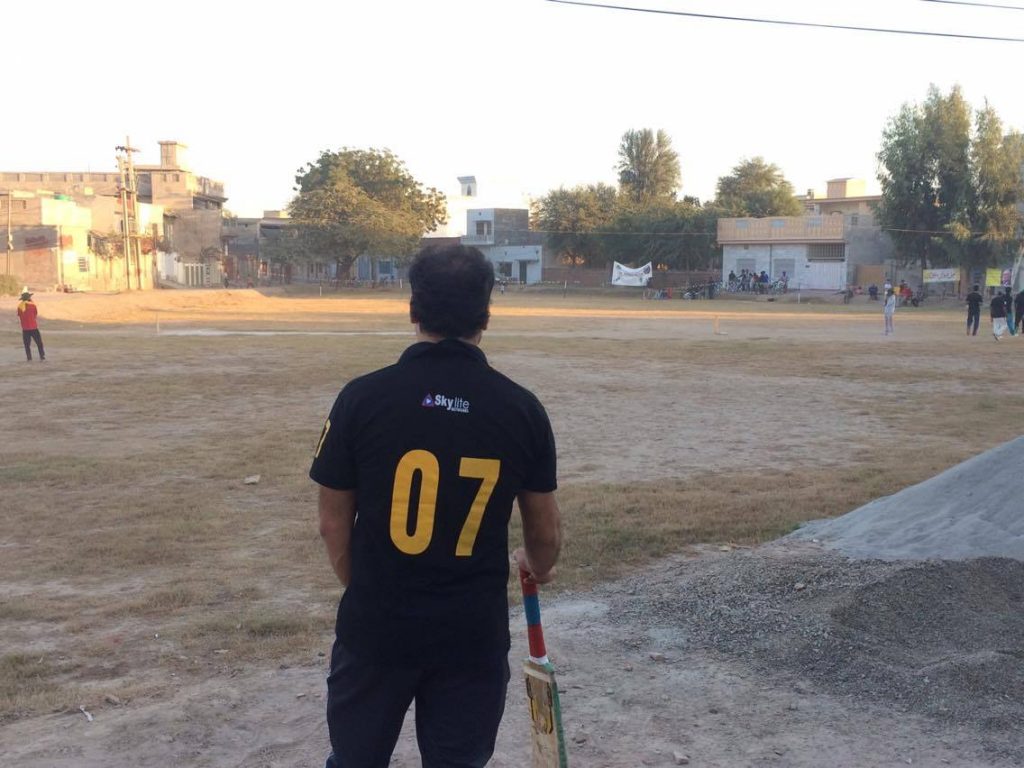 Tonight approximately at 11pmÂ aÂ horrific accident between two trucks has been occurred near Rabwah Darra. According to the sourcesÂ speeding, fatigue, and improper lane change become the reason of thisÂ devastating accident.

The 1122 squad came on time just after the accident and take the crew of trucks safely out. The drivers were seriously injured, and theyÂ chose to go through to hospital by ambulance for further treatment of theirÂ injuries.

The road was however temporally closed due to further clean up operations and removal of the trucks from the road. 1122 team removed theÂ debris Â of trucks from road and opened it for the traffic. 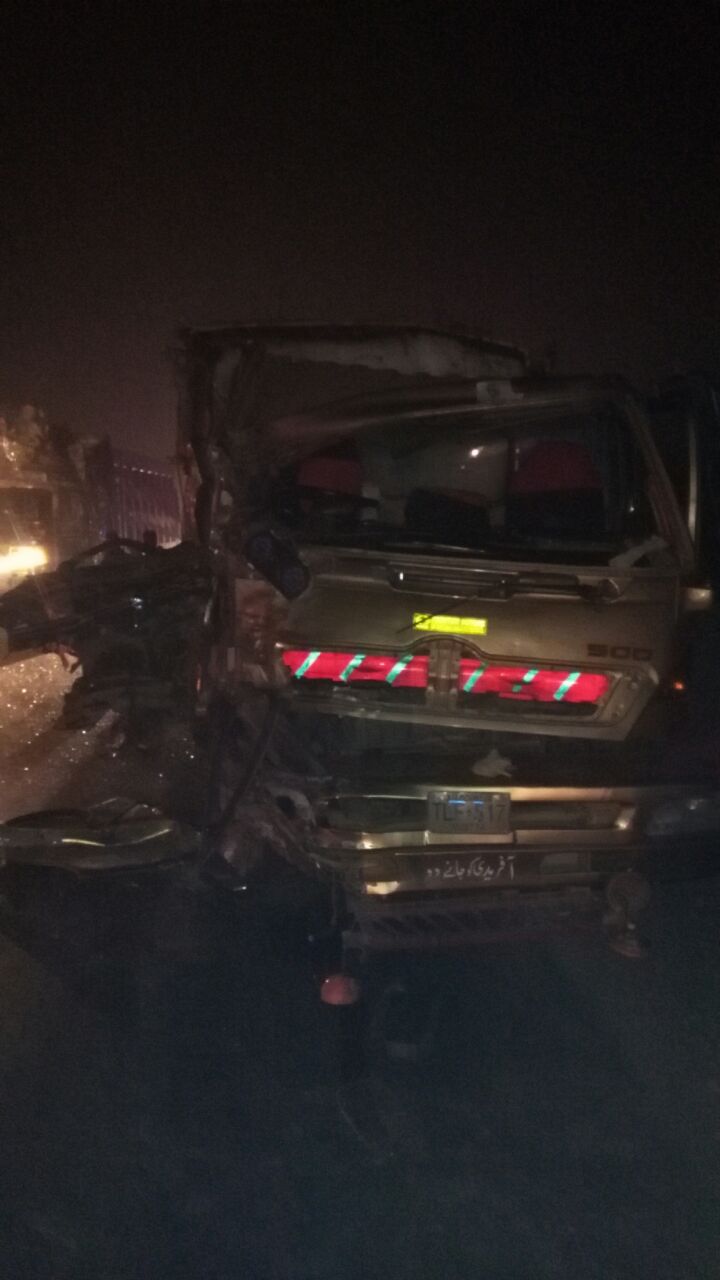 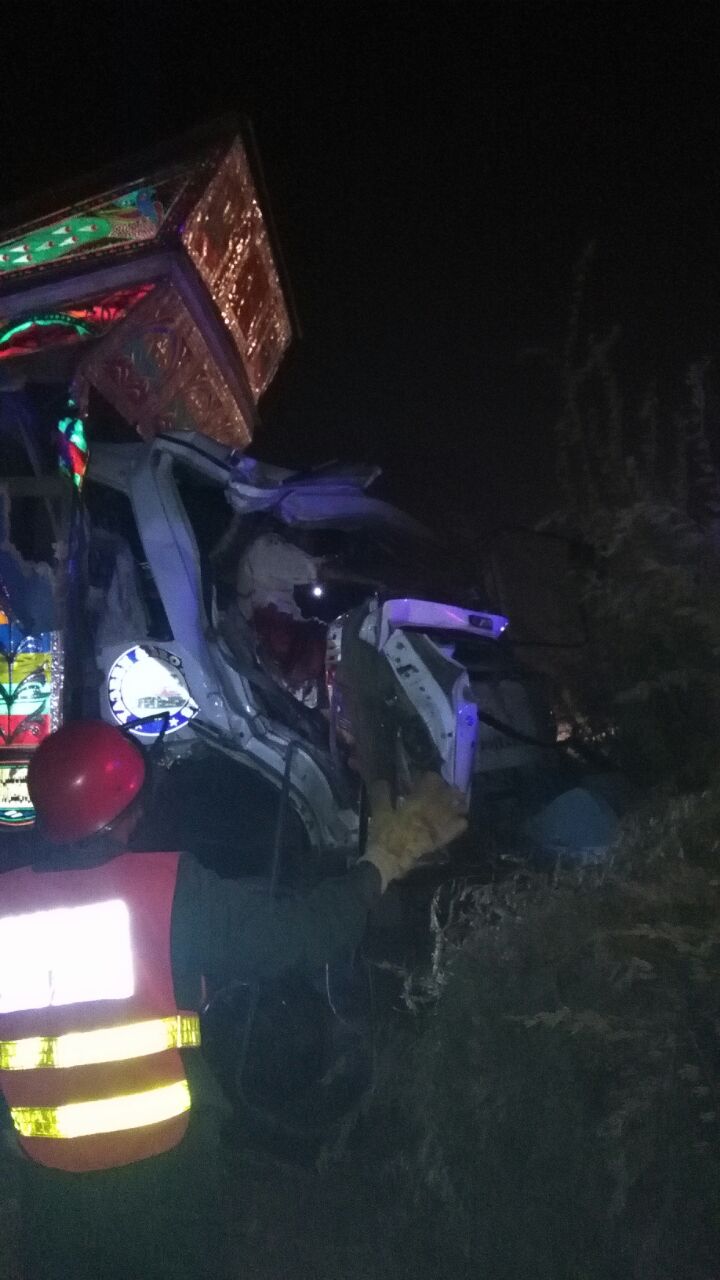 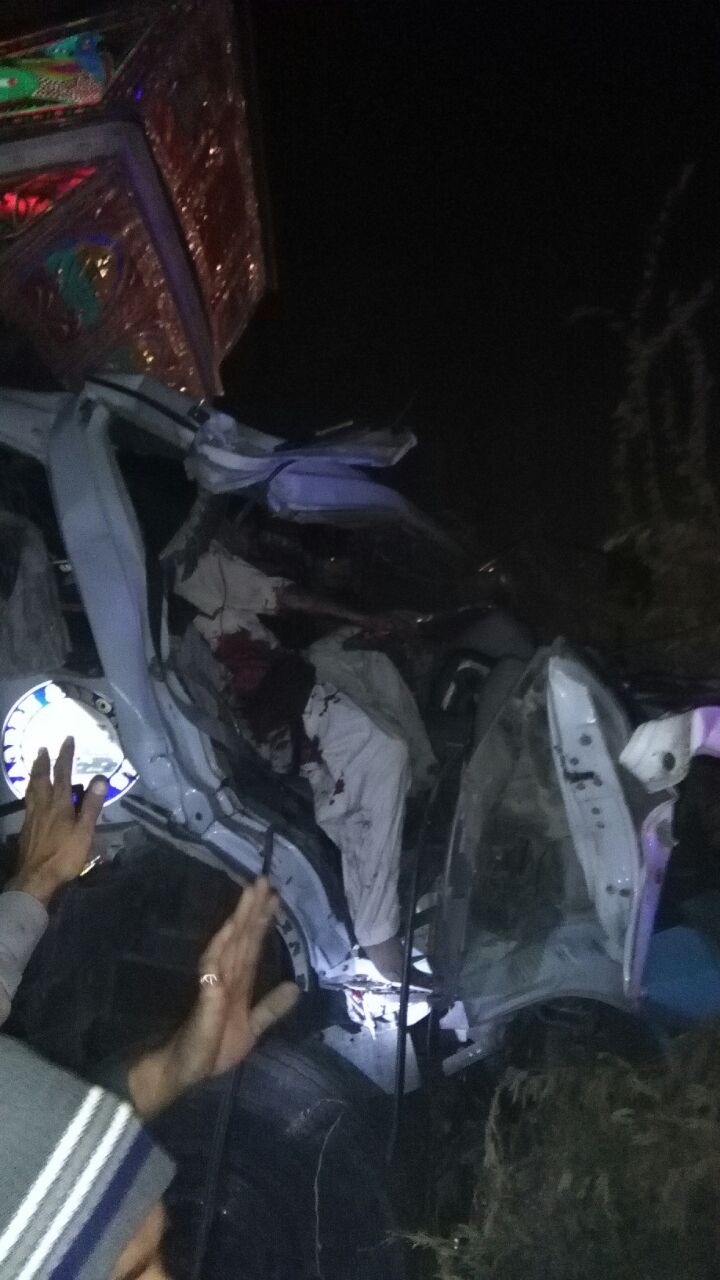 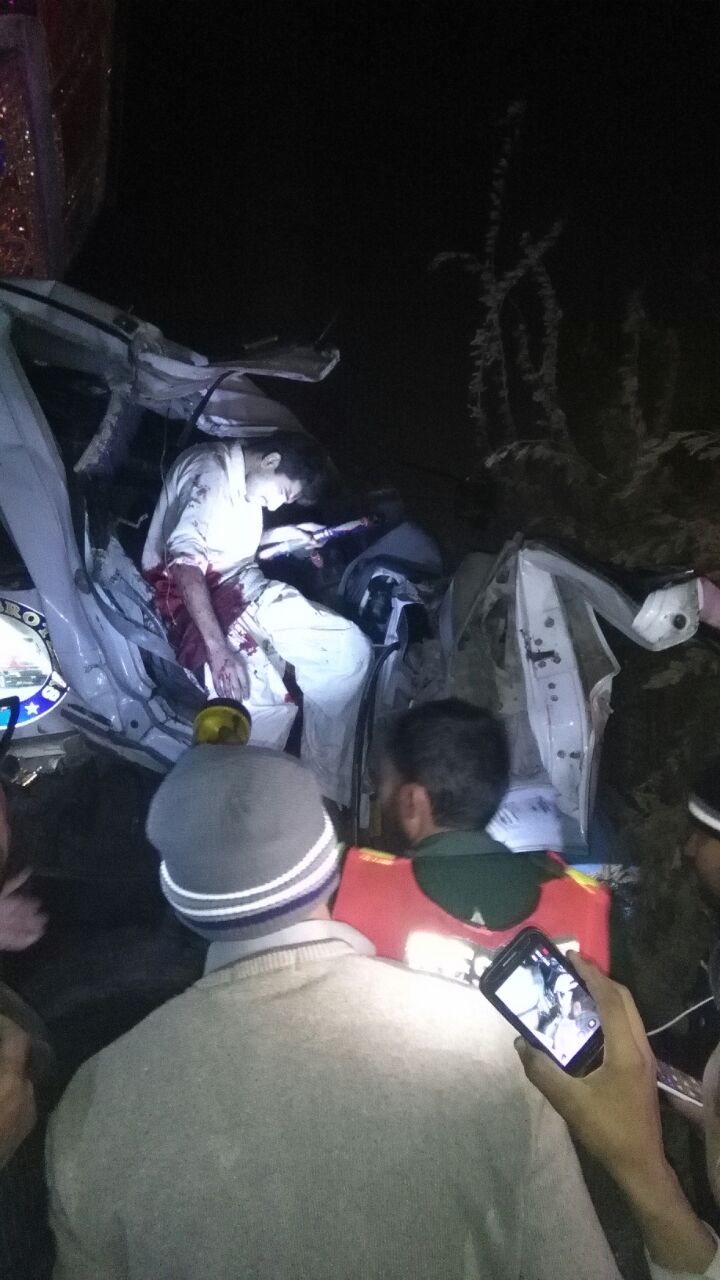 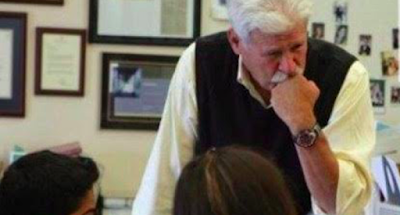 â€œI said (to school officials), â€˜Iâ€™m not pulling these facts out of my hat. Itâ€™s based on experience and work and if Iâ€™m wrong, show we where Iâ€™m wrong.â€™ And there was silence.â€

A Bay Area history teacher was suspended from teaching on Thursday over a lesson in which he examined parallels between the rise of Trump and German fascist dictator Adolf Hitler.

The Monterey Herald said that Mountain View High School placed teacher Frank Navarro on paid leave after a parent complained in an email about the lesson and statements that Navarro made in class.

Navarro â€” a 40-year classroom veteran and expert in Holocaust studies â€” said, â€œThis feels like weâ€™re trying to squash free speech. Everything I talk about is factually based. They can go and check it out. Itâ€™s not propaganda or bias if itâ€™s based on hard facts.â€

The school district, Navarro said, would neither reveal the contents of the complaint email nor go over the lesson plan with him to determine what the parent found problematic.

Mountain View/Los Altos High School District Superintendent Jeff Harding told the Herald that Navarro was originally suspended through Wednesday, Nov. 16, but he could return to the classroom as early as Monday.

â€œWe are interested in getting Frank back in the classroom â€¦ weâ€™re just trying to maintain our due diligence,â€ Harding said. â€œWe have a heightened emotional environment right now with the election. Itâ€™s always a challenge to maintain a line in a classroom.â€

Mountain View High Schoolâ€™s newspaper, the Oracle said that some of Navarroâ€™s students that his lessons were â€œone-sidedâ€ and that he used language that Trump supporters would find offensive. Other students have defended the 65-year-old teacher, who has won multiple awards for his studies of the Nazi Holocaust.

â€œI said (to school officials), â€˜Iâ€™m not pulling these facts out of my hat. Itâ€™s based on experience and work and if Iâ€™m wrong, show we where Iâ€™m wrong.â€™ And there was silence,â€ Navarro said.

Navarro is Mexican-American, born and raised in Oakland. He said that his Latino students have felt vulnerable and fearful in the wake of Trumpâ€™s campaign.

â€œIâ€™ve had Mexican kids come and say, â€˜Hey, Mr. Navarro, I might be deported,â€™â€ he said. â€œIs it better to see bigotry and say nothing? Thatâ€™s what the principal was telling me (during our conversation). In my silence, I would be substantiating the bigotry.â€