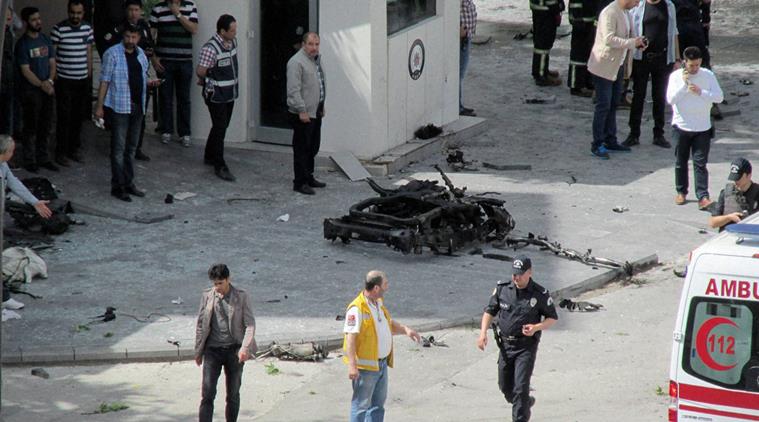 ANKARA: Nine people were killed and 64 people were wounded in a car bomb attack at a police headquarters in the town of Cizre in southeast Turkey on Friday, hospital sources said.

State-run Anadolu Agency says the attack on Friday targeted a checkpoint some 50 meters away from a police station in the town of Cizre, in Sirnak province that borders both Syria and Iraq and has a largely Kurdish population.

It said the blast caused severe damage to the police station.

Militants of the Kurdistan Workers’ Party, or PKK, have carried out a string of car bomb attacks on police and military in recent months.

Violence between the PKK and the security forces resumed last year, after the collapse of a fragile peace process.

This is a developing story that is being updated as the situation evolves. Initial reports in the media can sometimes be inaccurate. We will strive to ensure timeliness and accuracy by relying on credible sources such as qualified authorities and our staff reporters.