KARACHI: Pakistan Rangers Sindh on Wednesday claimed to have arrested a suspect, affiliated with Muttahida Qaumi Movement (MQM), for the alleged killing of a member of Jamaat Ahmedia.

The suspect, according to the Rangers spokesman, works for the MQM “London Secretariatâ€ and is also alleged to have committed street crimes in Karachi.

The arrest took place after Rangers conducted a raid in Paposh Nagar and Liaquatabad area of the metropolis.

It is pertinent to mention that this is the first time law enforcement agencies have mentioned the ‘London Secretariat’.

“He was involved in several murders and other criminal cases including one murder of member of Qadiani Jamaat,â€ he added.

Another held suspect, Mohammed Asif Ismail was involved in robberies and street crimes.

Arms and ammunition were seized from their custody.

Later on, the both suspects were handed over to the police for further legal action.

Earlier, a 50-year-old homeopathic doctor, belonging to the Ahmadi community, was shot dead in his clinic in the Abul Hasan Isphani area of the metropolis on June 20.

It was the second such attack in the same vicinity within a month, police and a community spokesman said.

â€œDr Chaudry Abdul Khaleeq was gunned down in an attack on his clinic,â€ confirmed Malir SSP Rao Anwar. 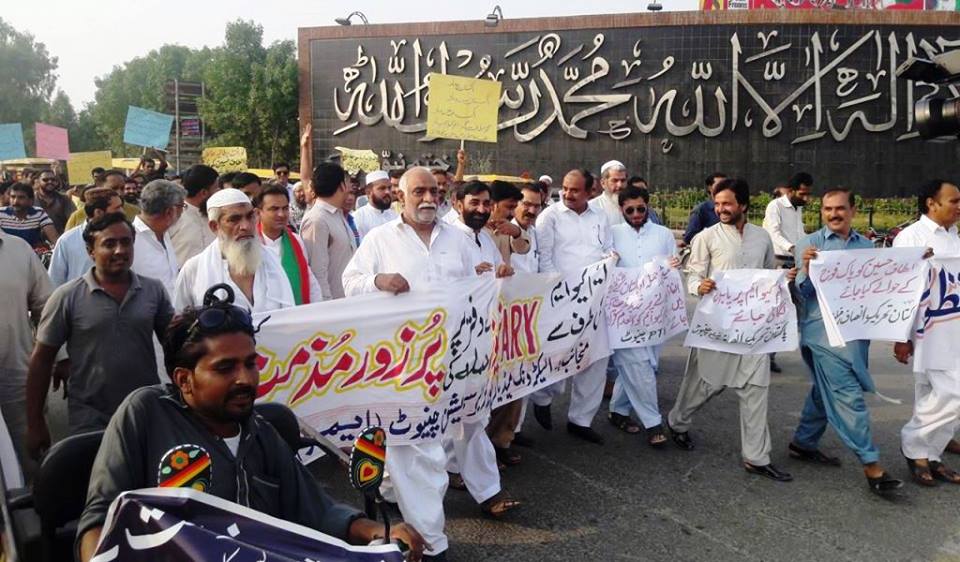 CHINIOT: Members of the civil society, journalists, photographers, cameramen besides a large number of people belonging to different walks of life staged demonstrations and took out rallies.

The rallies were addressed by leaders of different sections of society condemning the MQM chiefâ€™s anti-Pakistan remarks and party activistsâ€™ violence against media.