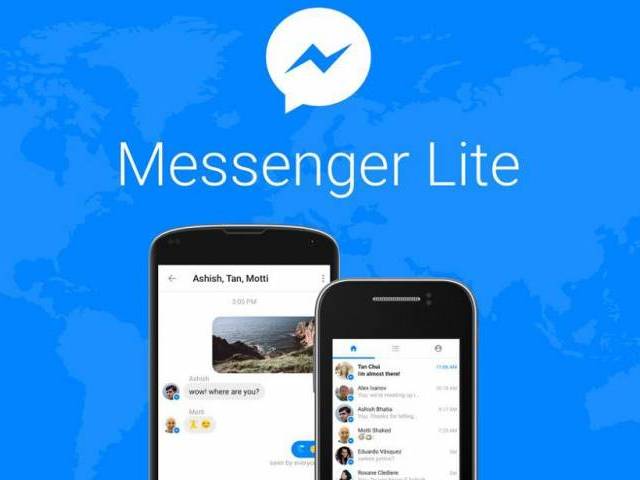 Facebook rolls out pared down Messenger app for emerging markets

Facebook rolls out pared down Messenger app for emerging markets

Facebook Inc launched a stripped down version of its popular Messenger app for emerging markets on Monday as it seeks to expand its international footprint.

Messenger Lite, which uses less data and is designed to work in areas with slower internet connections, will roll out in Kenya, Tunisia, Malaysia, Sri Lanka and Venezuela. Facebook said it will expand to other countries in the coming months.

Did Facebook just copy Snapchat with its Messenger Day feature?

Facebook has largely saturated Western markets, including North America and Europe, and has set its sights on developing countries, in part by rolling out â€œliteâ€ versions of its main Facebook app and now Messenger, which have fewer capabilities than the main apps.

Users with Android phones will still be able to use the core features of Messenger, including the ability to send text messages, photos and links but will not be able to make video or voice calls or make payments.

â€œWe want to make sure Messenger products are truly for everyone,â€ David Marcus, head of Messenger, said in an interview.

Facebook also offers a pared-down version of the internet in more than three dozen countries, called Free Basics, to connect people to the internet who do not have a reliable connection.

Chief Executive Officer Mark Zuckerberg has repeatedly said the companyâ€™s mission is to get everyone in the world connected to the internet.

In other news,Â Facebook is to build its third data center outside the United States in Denmark to store and manage the social media giantâ€™s growing data, such as photos and videos, a Danish news website reported.

The story of Facebook: From Harvard dorm to world domination

The 184,000 square meter facility will be built in Odense, the birthplace of writer Hans Christian Andersen, and will generate around 1,200 jobs to build it, Fyens.dk said. The California-based company opened a similar data center in Sweden in 2013 and is currently constructing a center in Ireland.