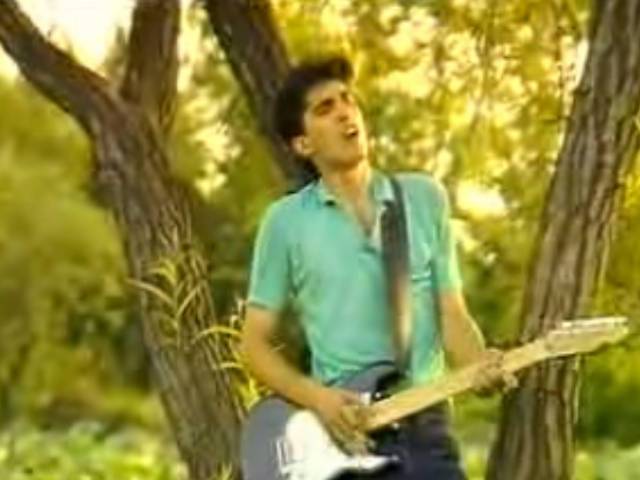 Pilots of Indian planes landing in Indian Kashmir are allegedly being targeted by â€˜Pakistan hackersâ€™ who are blocking their communication with the control tower and forcing them to listen to patriotic Pakistani songs, such as Dil Dil Pakistan.

According to the Times of India, hackers often tap into the frequency which Indian pilots use to communicate with Jammu Air Traffic Control (ATC) as aircrafts approach for landing. After blocking the communication, the alleged hackers start transmitting Pakistani patriotic songs on the frequency.

While revealing that this has been happening for quite some time, a senior pilot told the Indian newspaper, â€œWe are forced to hear songs likeâ€˜Dil, dil Pakistan, jaan jaan Pakistan.â€™ In such a situation, we revert to the Northern Control in Udhampur. This IAF-run ATC coordinates with aircraft when they are over 10,000 feet high and on descending below that level, we switch over to the Jammu tower.â€

The Northern Control then calls up the Jammu ATC on landline to get the alternate frequency from them, he said, adding that the frequency is then forwarded to pilots which they use to communicate to Jammu on that frequency.

This provides pilots ample time to get in touch with Jammu ATC as hackers are not able to hack into the alternate frequency in time. â€œWe use VHF, which is line of sight communication and is known as â€˜if you can see us, you can talk to us.â€™ Due to this, hackers frequently jam our frequency with ATC and start playing their music. This is a big irritant as we are in final stage of landing,â€ said another pilot.

Due to these incidents, the Jammu ATC is forced to change its frequency very frequently to minimize alleged cross-border hacking.

This article originally appeared on The Times of India