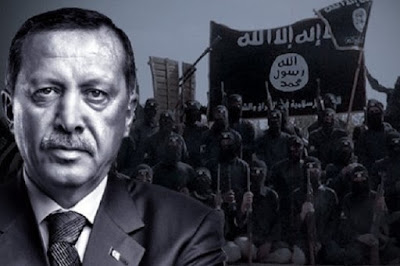 Turkey and The ISIS Conundrum

Turkey and The ISIS Conundrum

Turbulent times as Turkey faces yet another tragic attack. While the world celebrates the end of Rio Olympics with all its glory, a suicide bomber struck at a wedding claiming over 50 innocent lives of men, women. and children in the southeastern city of Gaziantep. As members of the Ahmadiyya Muslim Community, we condemn this attack in the strongest terms and send our prayers of patience and fortitude to the victims of this terrifying massacre. To add more disbelief, the age of the bomber was between 12-14. Terrible, how innocent children can be brainwashed to commit crimes against humanity without an ounce of remorse.

These are doings of a perverted mindset with a sinister agenda of spreading the narrative of fear and dissension amongst people and nations. This will only sow the seeds of hatred and discord. The so-called religious scholars and government of Turkey should be held responsible for such violence. The former exploits the poor and destitute sections of the society by taking in children and young impressionable minds. The clerics compulsively instill hatred to breed a dangerous ideology of fanaticism and extremism. These children, as well as adults, are not aware of the peaceful teachings of Islam as noted by a recent news feed that has shown 70% of ISIS affiliates have no knowledge of Islam and are being given copies of â€˜Quran for Dummiesâ€™ and â€˜Islam for Dummiesâ€™ to learn about the religion. They are coerced into believing a hardlineÂ interpretation of cherry-picked verses of the Holy Quran, much like the Islamophobes of today.

On the other hand, the government of Turkey must take all measures to protect their people and to reinvest in them to develop infrastructure and academic institutions that will fill the vacuum of ignorance and dispel the likelihood of children falling into the hands of terrorists. This will not only save their present generation from corruption but ensure the security of their future generations and out of the ashes will rise a powerful nation. While all of this sounds wonderful, justice is the key to success. Islam implores Muslims to look after the needs of orphans and poor regardless of their caste, creed and color as the Quran states â€œSo give the kinsmen his due and to the needy, and to the wayfarer. That is best to seek the favor of God. It is they who will prosperâ€ (30:39). Islam opposes circulation and accumulation of wealth in the hands of single individuals but rather promotes the distribution of wealth amongst all layers of society. This is the prescribed method of the Holy Quran to prevent wars and civil unrest (2:276-280).

Truth be told, terrorism has no religion and to label it anything otherwise is grave ignorance. In the past decade or so, the word Islam has been synonymously used with terrorism by mainstream media. However it cannot be farther from the truth as the Quran explicitly exhorts Muslims to protect and save lives. It says that whosoever saved a life is as if he had saved the whole of mankind and vice-versa (5:33). The mainstream media tends to paint the picture that depicts Islam as the enemy of mankind but in actual fact, Islam is the only answer. Muslims need to understand the message of True Islam which is peaceful. To serve this purpose, the Ahmadiyya Muslim Community of USA has undertaken a nationwide campaign of True Islam and The Extremists which highlights 11 points the extremists are using to distort the teachings of Islam and recruit more terrorists to join their ranks.

I will now end this article with a fitting response of Hazrat Mirza Masroor Ahmad (The Caliph of Islam and the 5th Supreme Head of the Worldwide Ahmadiyya Muslim Community) to extremists and a word of caution for Islamophobes, â€œIf a person does not follow a particular teaching properly whilst claiming to subscribe to it, then it is he who is in error, not the teaching. From cover to cover, the Holy Qurâ€™an teaches love, affection, peace, reconciliation and the spirit of sacrifice. Hence, if anybody portrays Islam as an extreme and violent religion filled with teachings of bloodshed, then such a portrayal has no link with the real Islam.â€ (Message to Pope Benedict XVI, 6 December 2011).