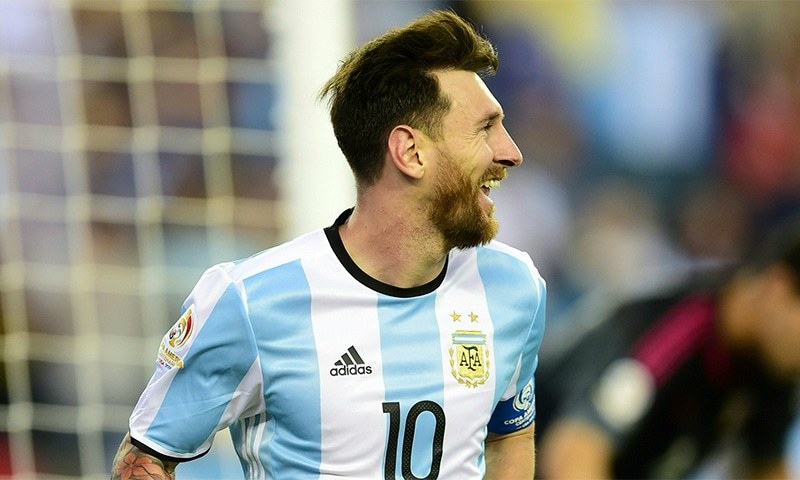 ‘It is not down to Messi to solve everything’: Argentina head coach

‘It is not down to Messi to solve everything’: Argentina head coach

BUENOS AIRES: New Argentina head coach Edgardo Bauza said on Tuesday that he wants to see his side rely less on Lionel Messi, after the Barcelona forward’s brief retirement from international football.

Messi said that he was going to quit playing for his country in the aftermath of their second successive Copa America final defeat on penalties to Chile two months ago.

But former Sao Paulo coach Bauza persuaded the five-time world player of the year to continue his international career, after taking over as boss from Gerardo Martino.

He will oversee his first matches in charge in 2018 World Cup qualifying against Uruguay and Venezuela next month.

â€œDo not always give it to him to make a play or score a goal, but create conditions that mean that it is not down to Messi to solve everything,â€ Bauza told Argentine daily La Nacion.

â€œDepend on the team. I want to stop everything from depending on him… We all know that when the ball goes through him something different can happen, but we need help from the team.

â€œHaving the best player in the world does not guarantee that you will win games, but it does guarantee that there will be fear in the opposition.â€

Argentina, the top-ranked team in the world, are currently third in South American qualifying for the next World Cup in Russia after six matches.

Bauza’s first game in charge sees his new side host Uruguay, who lead the qualification table, on September 1, before a trip to Venezuela on September 6.