for Refusing to Swim With Boys 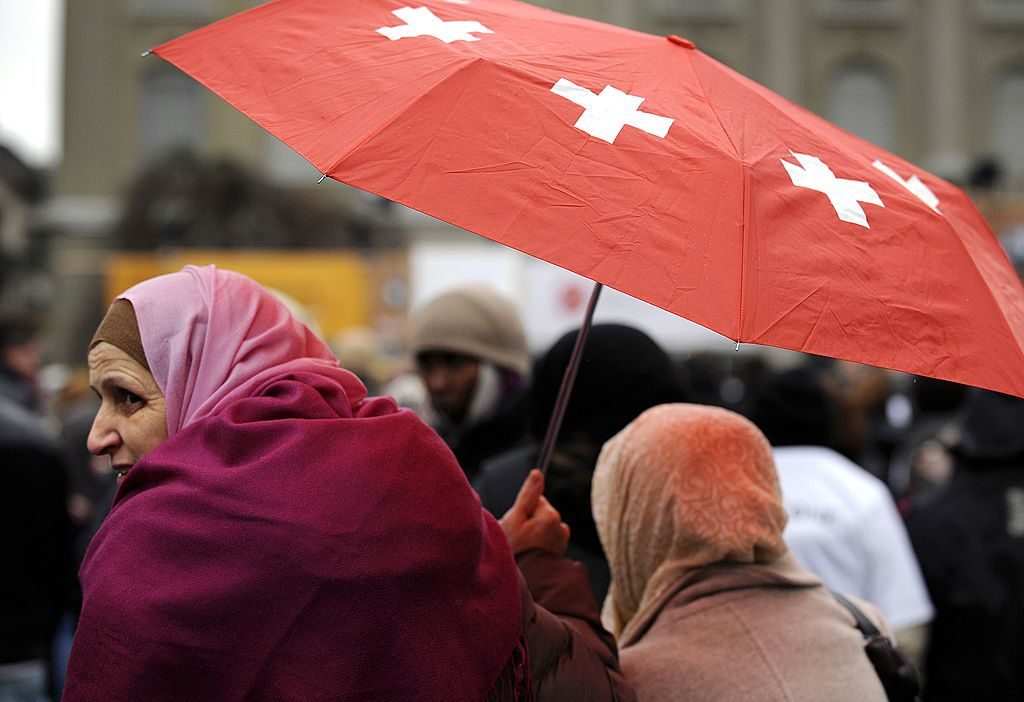 GENEVA â€” In the latest move to deny citizenship to those who balk at Swiss culture, authorities rejected the naturalization application of two Muslim girls who refused to take school swimming lessons because boys were present.

The girls, ages 12 and 14, who live in the northern city of Basel, had applied for Swiss citizenship several months ago, but their request was denied, Swiss media reported Tuesday.

The girls, whose names were not disclosed, said their religion prevents them from participating in compulsory swimming lessons with males in the pool at the same time. Their naturalization application was rejected because the sisters did not comply with the school curriculum, Basel authorities said.

The case shows how those who donâ€™t follow Swiss rules and customs won’t become citizens, even if they have lived in the country for a long time, are fluent in one of the national languages â€” German, French or Italian â€” and are gainfully employed.

In April, members of an immigrant family in the Basel area were denied citizenship because they wore sweatpants around town and did not greet passersby â€” a sure sign that they were not sufficiently assimilated, the naturalization board claimed.

Another recent case sparked widespread outrage in Switzerland when two Muslim brothers refused to shake hands with their female teacher, also citing religious restrictions. Shaking hands with a teacher is a common practice in Swiss schools.

After that incident was widely publicized, authorities suspended the naturalization request from the boysâ€™ father, an imam at the Basel mosque.

The swimming case involving the two girls is the first to deny naturalization applications for not complying with a school program, setting precedence for future cases, Wehrle said.

This is not the first time Switzerlandâ€™s Muslim community has stirred controversy over swimming lessons. In 2012, a family was fined $1,500 for forbidding their daughters to participate in swimming classes.

The matter eventually ended up in the Supreme Court, which ruled that no dispensations from swimming lessons should be made on religious grounds.

In Switzerland, unlike in the United States and many other countries, integration into society is more important for naturalization than knowledge of national history or politics. Candidates for citizenship must prove that they are well assimilated in their communities and respect local customs and traditions.

In Switzerland, local town or village councils make initial decisions on naturalization applications. If they decide a candidate is not an upstanding member of the community, the application will be denied and not forwarded to canton (state) and federal authorities for further processing.

Thatâ€™s what happened in 2014 to Irving Dunn, an American who has lived in Switzerland for nearly 40 years. He was denied Swiss citizenship because he could not name any of his Swiss friends or neighboring villages, authorities said.

â€œThe applicantâ€™s answers have shown that his motive for naturalization is not about integration but about the personal advantages it offers,â€ the naturalization commission ruled.

Dunn did not deny the charge, telling the English-language news service, The Local, “It can be expected that persons mainly want personal advantages from citizenship,” such as the right to vote and live indefinitely in Switzerland.