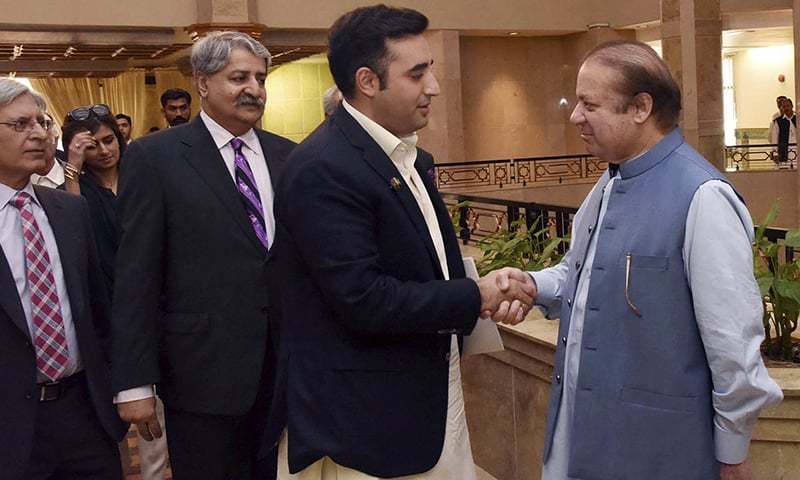 ISLAMABAD: An All Parties Conference of the parliamentary parties on Monday voiced their support to the inalienable right of self determination for the people of Kashmir.

Leaders of the political parties also extended full support to the government on the Kashmir issue, while condemning the unabated atrocities against the people in Indian-held Kashmir and the belligerent attitude of the Indian government.

The leaders representing different parties across the political spectrum and gathered here at the PM Office, voiced their support to the inalienable right of self determination for the Kashmiris and said there was no military solution to the problem.

The All Parties Conference chaired by Prime Minister Nawaz Sharif vowed to evolve a joint response on Kashmir issue. It also urged a solution for the implementation of the United Nations Security Council Resolution in accordance with the aspirations of the people of Kashmir.

Prime Minister Nawaz Sharif described Kashmiris and Pakistanis â€œinseparableâ€ and said â€œrelentless effortsâ€ would be made to highlight the plight of Kashmiris at every international forum with the support of all political parties in parliament.

The prime minister said that the meeting has made Pakistan strong and the Kashmir cause further stronger. â€œWe stand united on matters of national importance, particularly the Kashmir cause,â€ he added.

â€œI believe that Kashmir movement cannot be suppressed by the Indian brutalities anymore.â€

Nawaz Sharif said that the struggle of Kashmirisâ€™ for their right to self determination was legitimate and mandated by the United Nations Security Council.

The prime minister also thanked the party leaders and representatives for their sincere suggestions. He said some very good suggestions were put forward and assured that his government would try to implement as much of these as possible.