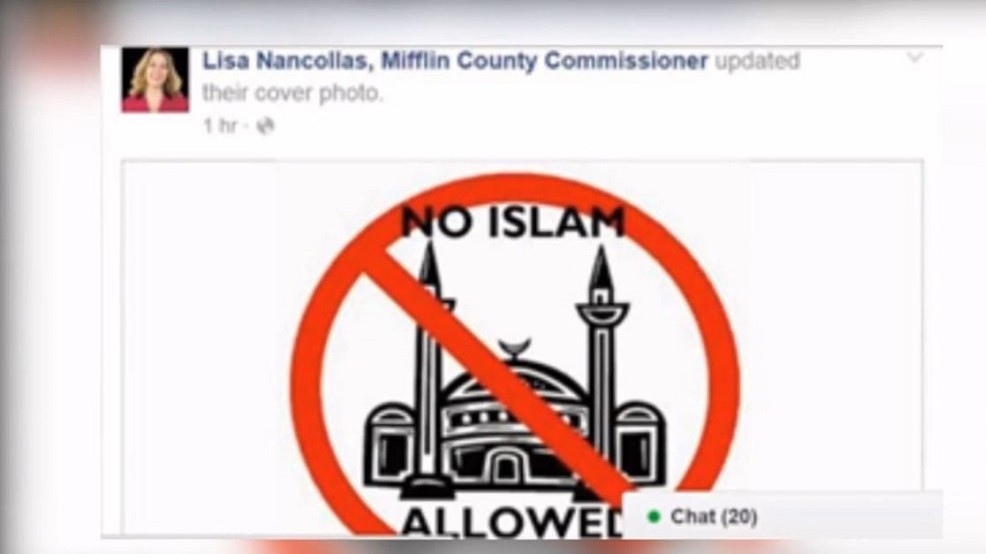 The post, which has since been taken down, showed a picture of a mosque with a no symbol over it. The caption said, â€œNO ISLAM ALLOWED.â€

Fellow commissioner, Kevin Kodish, says he doesnâ€™t agree with Nancollasâ€™ comments and they do not reflect the views of the county.

â€œI was very saddened and disappointed, and I think if Lisa had to do it over again she wouldn’t have done it,â€ Kodish said.

Kodish says he believes Nancollas regrets it, but in a statement she said the opposite, writing â€œI will never apologize for protecting our freedom.â€

She defend her words by saying, â€œWe have a right to speak up and demand that our leaders ensure that those seeking to enter our blessed country are coming here to contribute and make all of our lives better.â€

â€œNormal everyday people who practice Islam and see that are being put down by it, and it’s not fair to them that they’re marginalized,â€ resident Evan Hartsock said.

Nancollas was adamant in her statement that she will not apologize. Her fellow commissioner says they will be have â€œlengthy discussionâ€ about the post.

The Hadee Mosque in Harrisburg has extended an invitation to Nancollas so she can visit the mosque and learn more about Islam.

“What we are trying to do now, Hadee Mosque especially and the Muslim community around the world, is differentiate what the true teachings of Islam are all about and then the actions of a few that misrepresent those true teachings,” Saima Mumtaz with the Ahmadiyya Muslim Community said.

Hadee Mosque recently hosted a Spring Grove Area School Board member for a dinner following his anti-Ramadan rant in response to a local pastor who wished the church’s Muslim neighbors a blessed holiday.