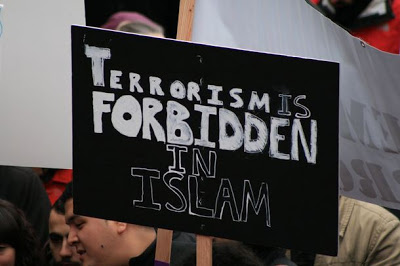 Imagine going to your local hospital. Generally, it is seen as a beneficent place of caring and compassion, a place to recover and be doted upon by dedicated professionals. However, on August 8, for over 70 individuals, their hospital became a place of horror. These people were killed, while another 200 were injured, in a meticulously planned attack where terrorists carried out a suicide attack at the local hospital in Quetta, Pakistan.

As a member of the Ahmadiyya Muslim Community, I condemn the horrific acts of ISIS/ISIL. It is our belief that not only Islam, but no true religion, whatever its name, can sanction violence and bloodshed of innocent people in the name of God. Terrorists may use religious or political labels, but no one should be deceived by their wily ways and treacherous guiles; their only goal is to create chaos and fear. They have nothing to do with religion, and have unfortunately hijacked mine. The word Islam itself means peace. In the Holy Quran it says, â€œto kill even one innocent person is to kill all of mankindâ€ (5:32). Therefore, no murder can ever be justified under any circumstances; the members of ISIS are defaming Islam in one of the worst ways possible.

We all as moral members of society should unite against their appalling actions. Only through conformity to Divine laws can we hope to achieve the ideal of a secure world free of terrorism.

I express my heartfelt condolences to the families of those innocent people who lost their lives in the hospital suicide bomb attack in Quetta, Pakistan. I pray for mankind that may everyone acquire a love for the well-being of humanity.