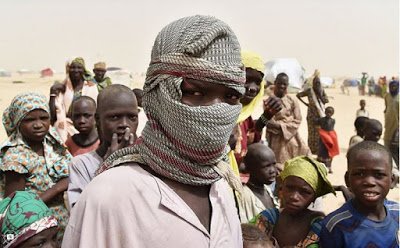 Â The coup that replaced Boko Haram’s leader puts the ISIS subsidiary’s focus on killing Christians in hopes it can unite, expand, and endure.

The so-called Islamic State has different strategies in different parts of the world, but in Africa and in Europe, certainly, its core objective is becoming clear: to kill Christians. Its long-term goal: to provoke a new Crusade, reviving the holy wars of many hundreds of years ago in the belief that this time around Islam will win.

In practical terms, this focus on a single pervasive, easily targeted enemy is useful to a â€œcaliphateâ€ under pressure that is trying to keep its troops in line.

The way ISIS has handled its Nigerian disciples in the terror organization called Boko Haram, best known for kidnapping girls and using women and children as suicide bombers, is a perfect case in point.

Earlier this month, a man named Abu Musab al-Barnawi announced that he had taken over the infamous Boko Haram organization. And his first message as Boko Haramâ€™s leader was as clear as it was conciseâ€”on his watch, the groupâ€™s main focus will be killing Christians.

According to an interview published this month by the self-proclaimed Islamic State group (ISIS), al-Barnawi threatened to bomb churches and kill Christians, but will no longer attack places used by Muslims.