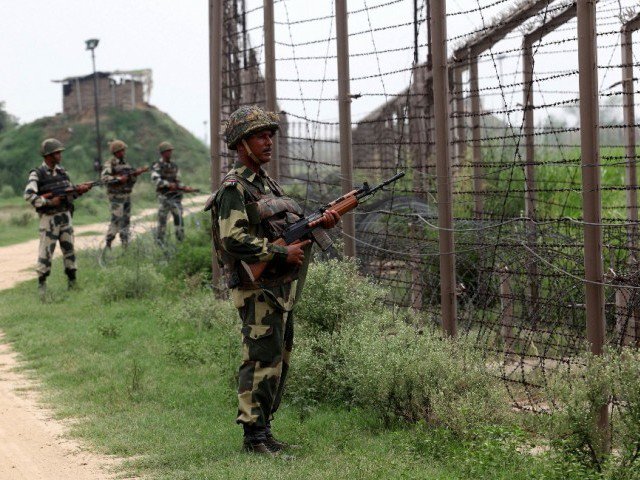 BANDALA: Villagers in three areas along the de facto border between Indian- and Pakistani-controlled Kashmir said this past week that they had fled their homes in fear after intense shelling and firing from the Indian side but that they did not believe Indiaâ€™s claimÂ that it had sent armed troops to conduct late-night â€œsurgical strikesâ€ on militant targets there.

In several dozen interviews, residents of the Bhimber, Chamb and Sahmani districts adjoining the Line of Control said they had been jarred from sleep by the barrage of firepower onÂ Wednesday. But none said they had seen or heard anything that supportedÂ Indiaâ€™s claim that it carried out cross-border strikes on several staging areas for militant groups that left â€œdouble digitsâ€ of militantâ€™s dead, a report in Washington Post saidÂ today.

Pakistani officials have repeatedly deniedÂ Indiaâ€™s claims, saying that Indian troops only fired small arms across the Line of Control, killing two Pakistani soldiers. Tensions between the rival nuclear powers are at the highest level in a decade.

Muhammad Bota, 40, a mason in this hillside village, said that his son woke him up shouting, â€œIndiaÂ has attacked!â€ and that the night was filled with noise.

â€œWe are used to routine shelling, but this was unending, with deafening sounds,â€ he said. â€œWe believed it was the start of war, and I prayed for the safety of my family and recited all the Koranic verses I could remember.â€

But Bota, like many other residents interviewed, said he did not see any signs of Indian troops attacking or crossing the fortified line less than a mile away.

â€œAll the villagers were up, and we didnâ€™t see any troops from the other side or helicopters,â€ he said. â€œIndiaÂ says it killed militants here, but the people who live here know each other for generations. If there were some militants somewhere around, they couldnâ€™t have gone undetected. This is all propaganda ofÂ India.â€

In Bhimber, a town several miles from the Line of Control, a store salesman named Mehran Younas Sheikh, 31, said that all schools and government offices had been shut down since the intensive firing started and that many people living close to the border had fled to the town.

â€œItâ€™s a very beautiful area,â€ Sheikh said of the regionâ€™s forested ridges of pine and birch, â€œbut now one feels and witnessâ€™s the silence of death, apart from the cross firing between the two armies during the night.â€

Under domestic pressure to retaliate, the government of Indian Prime Minister Narendra Modi announced it had conducted a five-hour overnight paramilitary attack on several suspected terrorist camps, killing scores.Â Pakistanâ€™s military claimed that it killed eight Indian soldiers in retaliatory fire and that two of its men had died whenÂ IndiaÂ shelled a border post in Sahmani.

In several villages, residents described fleeing quickly from the heavy late-night gunfire, many leaving their livestock and crops. Bashir Papra, 55, said his family decided to leave their home in Chamb because the Indian shelling â€œwas so heavy we felt our whole village would come down.â€

Some residents said they were so exhausted by years of living with tension and fear that they would almost rather see the two countries fight it out. Muhammad Kurshid, 26, a Chamb resident, said he has faith inÂ Pakistanâ€™s military leaders to win in such a conflict.

In Sahmani, a verdant district along the Line of Control with army posts every few hundred yards, residents said they had a close view of activities along the border and described seeing the sky light up with shelling above a mountain ridge where Pakistani troops are stationed.