Pakistani Prime Minister Imran Khan on Tuesday backtracked on his decision to include Ahmadis in the National Commission for Minorities.

During a cabinet meeting with his top minister, PM Khan approved a memo submitted by the Ministry of Religious Affairs & Interfaith Harmony urging the cabinet to exclude Ahmadis due to the “religious and historical sensitivity of the issue.”

The same cabinet on April 29th had ordered the Ministry of Religious Affairs to include the Ahmadis, saying that:

“The Ahmadi community, being a minority in accordance with the constitution of Pakistan, should also be represented in the Commission.”

The decision to give representation to Ahmadis triggered a nationwide backlash against the government. To quell the backlash the Ministry proposed that the cabinet drop its prior decision to include Ahmadis, stating that:

“So far decision at 1(c) is concerned, Ministry proposes that representative of Ahmadi community must not be included in the NCM, given the religious and historical sensitivity of the issue”

The Ahmadis who claim to be Muslim were declared “non-Muslim” in 1974 and have since been severely persecuted for their religious beliefs. 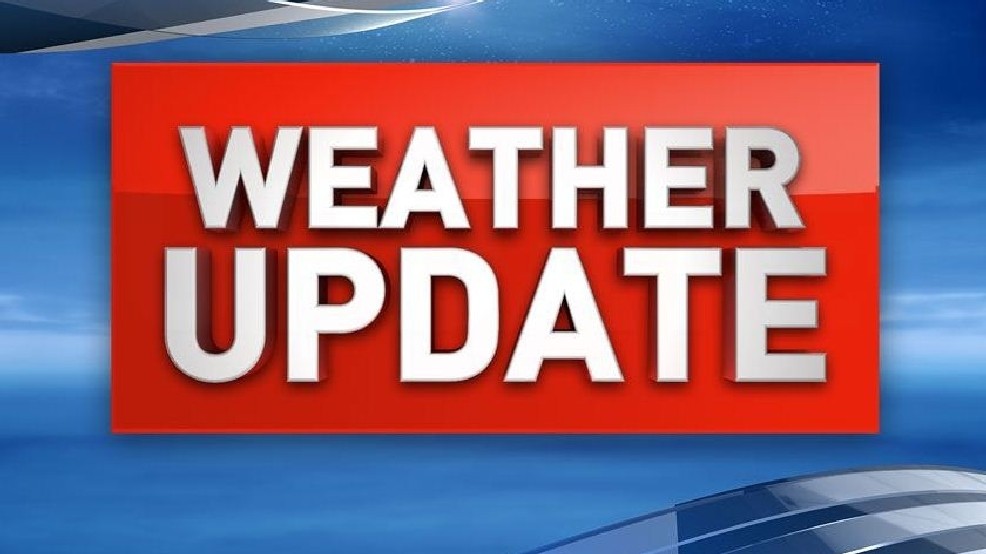 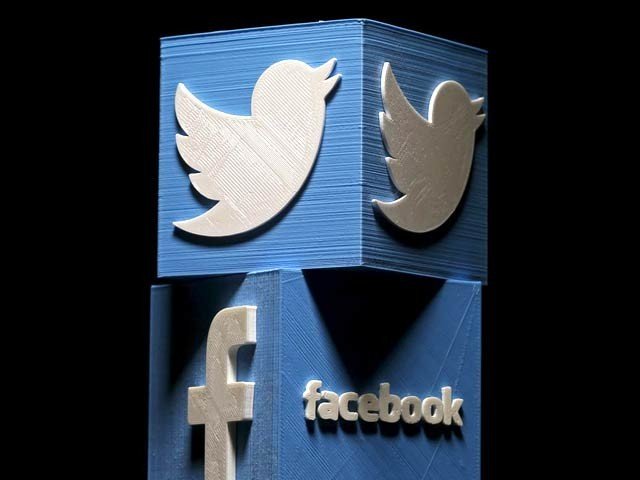 Facebook and Twitter have closed a total of six thousand accounts that were involved in spreading and propagating politically incorrect news.

END_OF_DOCUMENT_TOKEN_TO_BE_REPLACED 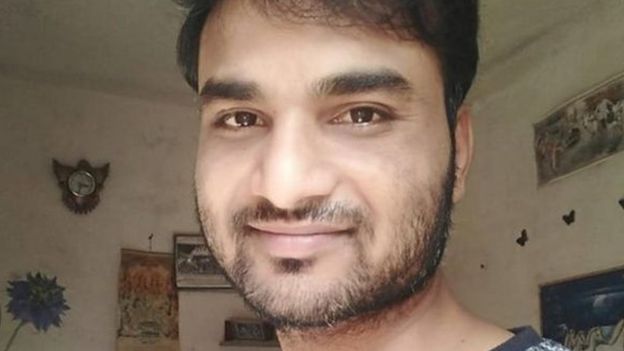 There were reports of protests against the appointment of a Sanskrit professor from Benares Hindu University. It was said that the reason for this protest was that the professor was a Muslim.

From a young age, Feroz Khan learned Sanskrit in the tradition of his grandfather Ghafoor Khan and his father Ramadan Khan. Feroz, while interviewing a newspaper, said that when his grandfather sang hymns in Sanskrit, hundreds of applause began to swirl.

Feroz Khan’s father used to speak at the Goa Shala in the Bagaro village of Jaipur. Before coming to the Sanskrit Institute of Jaipur, Feroz attended a Sanskrit school in his village with a mosque and still has many Muslim students. The beauty of India is highlighted by such examples.
Language came into being before any religion or sect. But it is also true that over time, many languages have become associated with specific sects or groups.

This may also be due to the fact that different communities were developed in the specific area and religious scriptures were written in the same language that the religious or respected people of these religions used, and those languages are important to the cultural identity of these communities. Become part

The language of a community or community.

And perhaps that’s why there has been a tendency to associate Arabic-Persian with Islam. Similarly, Pali and Prakrit languages became recognizable of Buddhism and Jainism and became associated with the Punjabi Sikh community written in Garmkhi. But neither the blame goes to those languages nor to our ancestors.

The crime is in the name of the sectarians and the followers of the latter generation who strongly linked it with language.

As far as the promotion of languages is concerned in India, the Hindi or Indian language we speak today has a great deal of Arabic-Persian connection with Sanskrit in the open language. From Muslim rulers to rich Khusraw, Sufi poets and saints and poets of the Bhakti era, religious prejudices never accepted this prejudice.

There may be some exceptions. But generally, everyone learns and adapts to all languages. Translations of religious scriptures were also translated from one language to another.

The famous Hindi poet Ram Dhari Singh, ‘Dinkar’, in his famous book ‘Four Adhyayas of Sanskrit’, ie four chapters of civilization, has presented some interesting specimens of the verse written in the Tajiks of Arabic. Arabic and Sanskrit are written together in them. For example – ‘Sayyid Qabala, Ashraf Yoga, Khasaram Rudh Mudhododhaliya, Ketham Tudhutothodhidarnama’ etc. The great linguist of India, Dr. Sunita Kumar Chatterjee, wrote that by the end of the 16th century, all Indian Muslims had begun to view Persian as a foreign language and had fully accepted indigenous or indigenous languages.

Aurangzeb’s love for Sanskrit
Dinkar writes that in terms of dialogue, Muslim rulers were interested in Sanskrit words because Sanskrit words were more widely understood in this country. One of the interesting facts about this is that once Aurangzeb’s son, Muhammad Azam Shah, sent him some mangoes and requested to be named. Therefore, Aurangzeb named it ‘Sadharsa’ and ‘Rasnolas’.

It was probably from the time of Amir Khusraw (1253 – 1325) that the tendency of combining the two languages with poetry was beginning to appear. He repeatedly wrote one of his poems in Persian, the other in Burj Bhasha, and sometimes in Egypt, in Persian, and in another, in his native tongue, as his famous poem:

Slowly change the appearance, make sure the lights are on

Do not wear sunglasses, nor do you want to wear umbrellas

But when Rahim (Abdul Rahim Khanna Khan 1556 – 1627) came to compose such a khadi, he began to associate Sanskrit with the dialect.

Rahim’s Hindi couplets became very famous but they were very Sanskrit scholars. In addition to creating pure Sanskrit poetry in honor of the Lord Krishna of the Hindus, he wrote two books on Sanskrit theology of the Vedic age, the first being ‘Khet Kotukam’, and the second ‘Dantarashdevagoli’.

In this mixed language of the era, eighteenth-century poet and Naqib Bhakri Das wrote that in Burj language, all the poems are spoken but when Sanskrit and Persian are found and enjoyed.
But for a long time, Sanskrit scholars have been thinking of maintaining its purity and superiority and perhaps even trying to restrict it to a certain class.

At first Dalits (backward classes of Hindus) and later Muslims tried to keep it away. Therefore, it was disconnected from the larger society and could not be promoted over time.

And perhaps this is why the well-known simple poet of his time, Kabir, said, ‘Sanskrit is the water of wells, while there is still water flowing.’

What did Kabir say about Sanskrit?
Tulsi Das, a great scholar of Sanskrit, did not refrain from Arabic and Persian words, and so Bhakti Das praised Tulsi and Koi Gung for writing that there was a lucid language in their time.

Another famous poet was Rasakhan (real name – Syed Ibrahim Khan) Pathan, and he was a disciple of Vitthal Nath, the son of Vilbhachariya, a preacher of the Vilbh sect who followed the path of righteousness.

Rakshana’s god Krishna is known for his devotion and spent a long time in his life in Vrindavan. It is also said that he was a Sanskrit scholar and translated Bhagavad Gita into Persian.

It is also said that in keeping with Muslim devotees like Rakshana, the leading Hindi poet of India, Bhartiindu Harish Chandra had said, ‘Attack high caste Hindus on these Muslim Harijans’.

Nasir high gave a target 126 runs in their first 20 overs.
But NJA Was Unable To Chase The Target Which Was 111 Runs.

The Important Thing Which is That The Coach Was Waqar Ahmad Ghumman.

May his soul rest in peace.

Without a passport, India will not allow anyone to enter; the government should also make the passport a document, making the passport mandatory, while Sikh pilgrims should get all other facilities.

Speaker Punjab Assembly Chaudhry Pervaiz Elahi has said that Maulana’s fears regarding Kartarpur’s integrity are valid; without a passport, India will not allow anyone to enter. Sikh pilgrims should get all the facilities.

Talking to private TV, the senior negotiator of the government negotiating committee, Chaudhry Pervez Elahi, said the army’s role in the election is positive. I briefed the government committee about meeting Maulana Fazlur Rehman. He also informed the committee about things that could be a hindrance to matters. There are some things to worry about. The situation is improving day by day.

The committee is also trying to resolve the matter soon. He said that there are relevant forums for reservations on the election results. If the circles are to be opened, the Prime Minister is also agreeing on the commission. Resignations and new elections cannot happen. Nawaz Sharif also completed five years despite protests. He said that the biggest benefit of the sit-in is that we told Maulana Fazlur Rehman that you are not in the National Assembly but you are still the opposition leader.

Whatever happens in the country then people will forget about the Model Town incident. Maulana Fazlur Rehman admits that he has now gone to a blocked street. Maulana has threatened the government that if their demands are not accepted then there will be chaos across the country.

Maulana has said that the government should accept their demands and announce new elections within 2 to 3 months.

Mohammad Ali has been sentenced to life imprisonment and fined. Zafar Abbas ASI arrested a drug dealer. Mohammad Ali for 1300 grams of hashish and 400 grams of heroin, Sentenced to six years in imprisonment and fined Rs 1.5 lakh. A case has been registered against the drug dealer in the police station Rajoia. According to the honorable judge, our first priority is to free society from the drugs.

An Ahmadi community place of worship (Mosque) in Punjab province, in south-eastern Pakistan, was partially smashed on 25 October, the latest subject in Pakistan’s campaign against the tiny Muslim Ahmadi minority.

Assistant Commissioner of Hasilpur, Mohammad Tayyab led the Friday operation which saw the destruction of the Mosque’s Mihrab. He was accompanied by the Police officers and officials from Bladia, the local development authority.

Mohammad Tayyab, Assistant Commissioner of Hasilpur, led the Friday operation which saw the demolition of the Mosque’s Mihrab. He was with the Police officers and officials from municipal committee, the local development authority.

A representative for the Ahmadiyya Muslim Community in Pakistan, Saleemuddin, confirmed the sad incident saying the Local Government & Community Development authority “damaged parts of the building without any notice”. He added that members of the Ahmadi community who film the illegal destruction were also falsely charged by Police officers.