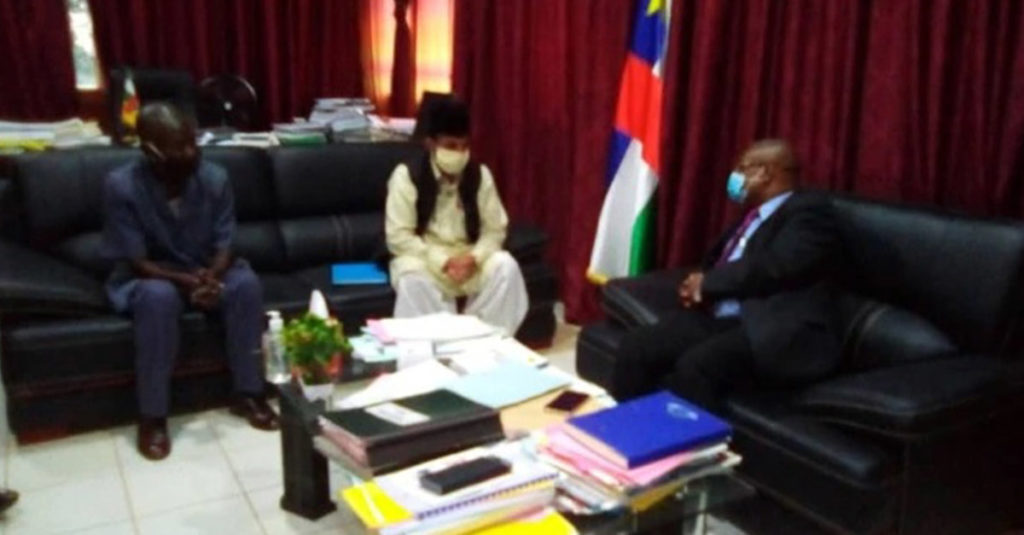 Africa (Rabwah Times) Missionary Mukarram Amin Baloch Sahib, National President Jamaat Ahmadiyya, General Secretary Sahib, Imam Malik Sahib and Mukarram Ali Gunisa Sahib Advisor Diplomat for the President of Central Africa met the Minister of State for Health Affairs at 5 pm. And after introducing the party Ahmadiyya and mentioning the party’s humanitarian services around the world, he presented a check for 1000 1,000, which amounts to 600,000 francs. After briefing the President of Central Africa about the whole operation, the President thanked the Ahmadiyya Jamaat and its leader Mirza Masroor Ahmed and expressed his best wishes.