#coronavirus: How is the Coronavirus spread from China beneficial to wildlife? 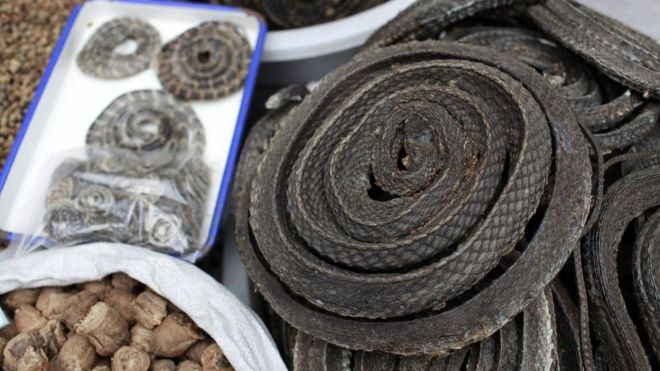 Scientists suspect that the Coronavirus originated from a seafood market in Wuhan, China’s province of Wuhan, which has so far claimed 213 lifes.

The market is known for the illegal trade of wild animals, including snakes, raccoons, and eccentricities.

These animals were kept in cages and sold for food or medicines. The entire province is currently in a medical prison.

Temporary ban
World Health Organization officials say the major cause of the virus is seemingly bats, but the virus also transmitted to other animals where it began to infect humans.

In China, traditionally many wild animals are eaten. Some animals make food because of their taste and aroma, and some are used for medications.
In some parts of China, bats are made of soup, which contains the whole batch of salmon, where lion’s soup or musk blahu’s body parts are eaten.

The fried cobra, a bear’s claw, is part of the menu of wine lions made from tiger bones.

There are many types of rats, cats, snakes, and birds in the markets of the slums that are also at risk of extinction.

A researcher who is part of an international agency that has done numerous research against wildlife trade in China said that the concept of ‘ui’ (which literally means wild taste) in every household in China is cultural. As a sense of adventure, adventure, curiosity, and privilege. ‘

Wildlife is also used in many traditional Chinese medicine because they believe that it has the healing power for many diseases, including impotence and inferiority.