Citizenship Law: How Indians are Resisting Against the Law of Young Citizenship. 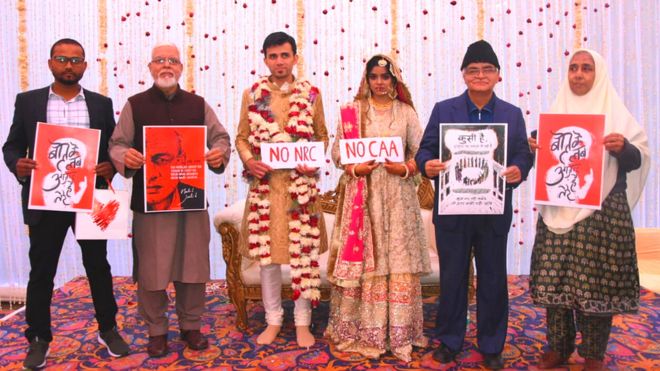 In recent weeks, thousands of protesters have staged demonstrations in various cities of India against the newly introduced Citizenship Act.

Although lawmakers say it is designed to help the persecuted religious minorities from neighboring India, the exclusion of Muslims from it has led to severe backlash.

More than 20 people have been killed in the demonstrations so far, and videos of brutality on police demonstrators in different areas have also gone viral, causing widespread anger across the country.

But crowds still gather in various parts of the country, despite restrictions and Internet shutdowns.

One of the reasons is the army of volunteers who are backing the movement. He is a doctor, lawyer, physiotherapist, and online activist.

Neha Tripathi, a young Delhi-based therapist, says, “We can’t all come on the streets.” Neha offers free support to protesters.

They decided to put their email addresses on their Instagram so they could provide support to troubled people. She says this is their own way of doing their part.

He said, ‘I tried to participate in the demonstration but to tell you the truth, it was very scary. I just want to help everyone who is going through this fear and anxiety. ‘

Help with mental and physical health
Like Neha, many others are participating in the struggle against this new law without having to take to the streets.

Anjali Singla, a Delhi-based psychotherapist. She says, ‘I came from different cities so I could not participate in the demonstration. But I’ve been talking to a lot of people over the phone and providing support and emphasizing my need for care.