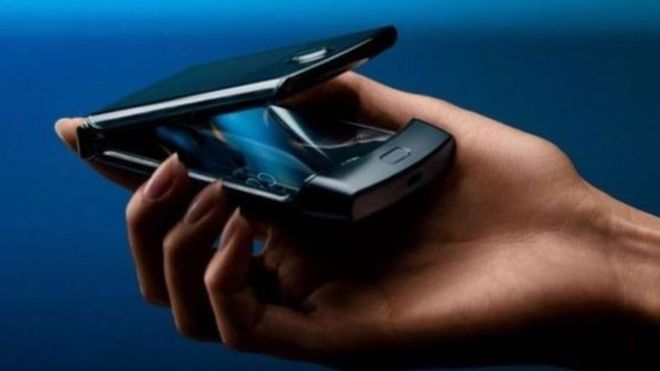 Motorola manufacturer Motorola has announced the delay in the release of its new ‘Razor’ mobile phone. The Razer Sun is an updated version of the flip phone introduced in 2005 that can be folded off the screen.

Under the initial plan, this folding phone was supposed to be available for sale in the United States from December 26 and cost around US $ 1,500, but the project has now been delayed.

Lenovo says the razor’s popularity is the main reason for the delay, and demand for new mobiles has surpassed its supply even before it came to the market.

However, this is a clear example of the difficulties encountered in the early stages of folding phones being available in the market.

How to make a smartphone so smart?

Motorola Company says the launch of the new mobile will not be ‘too much’, but the company has not announced a new date.

The BBC’s Chris Fox has identified a few issues with its hardware after using Razer’s ‘prototype’.

He says the model will be adopted more in a fashion than a mobile.

Samsung canceled its folding phone’s launch in April this year when analysts reported that their device’s screen was broken during the trial.

Huawei X also made a similar decision later. He said that after the problems facing Samsung, Huawei has also decided that they will do more experiments before bringing their Mate X model to market.