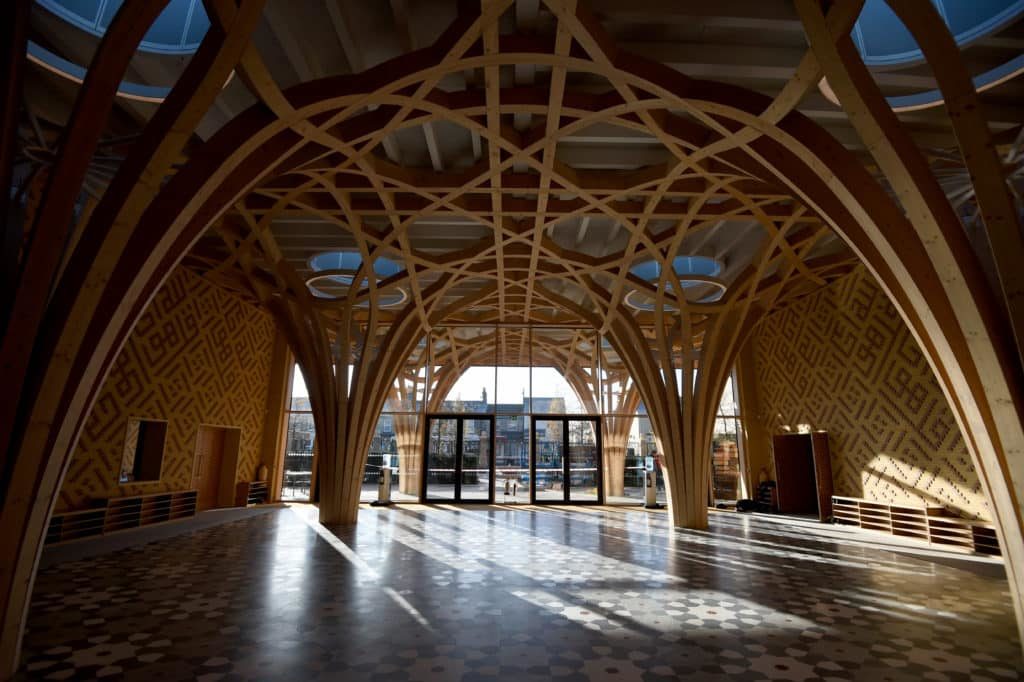 The mosque which has a capacity for 1,000 worshippers was first opened to the public in April. Singer-songwriter Yusuf Islam, the Turkish government and the Qatar National Fund are among donors who developed the mosque.