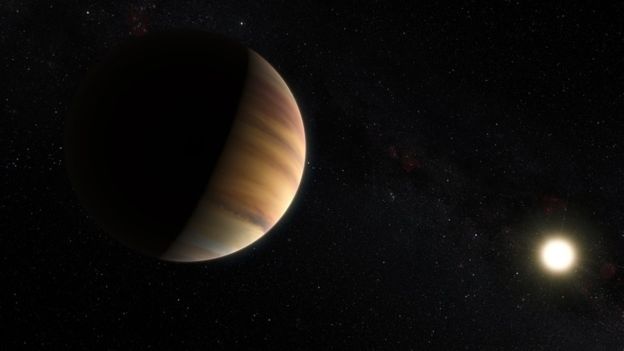 The planet appears 284 trillion kilometers away from our Earth and its shape is similar to that of most of the planets found in our galaxy, called M-type.

The planet was revealed by a team of international scientists in an article published in a well-known journal of science.

In this regard, Professor Peter Wheatley of the University of Warwick in the UK said, ‘We have known about its existence because we have been considering for a while whether there are other smaller stars in our galaxy.’ Whether there are big planets like Jupiter or not.

Speaking to the BBC, he said, ‘The general idea is that such large planets do not exist, but we cannot say for sure because the smaller stars in the galaxy are so weak.’ Therefore, it is not easy to observe them, although the number of such weak stars is much higher than the sun ‘.

Scientists used large telescopes mounted in Spain and the United States to observe the aforementioned new planets, and in the meantime, they observed a decrease in the gravity of a star due to the orbiting planets.
The volume of the star orbiting the planet is 270 times larger than the one mentioned above, which is very small. You can estimate that the sun is 1050 times larger than Jupiter, the largest planet orbiting its orbit.