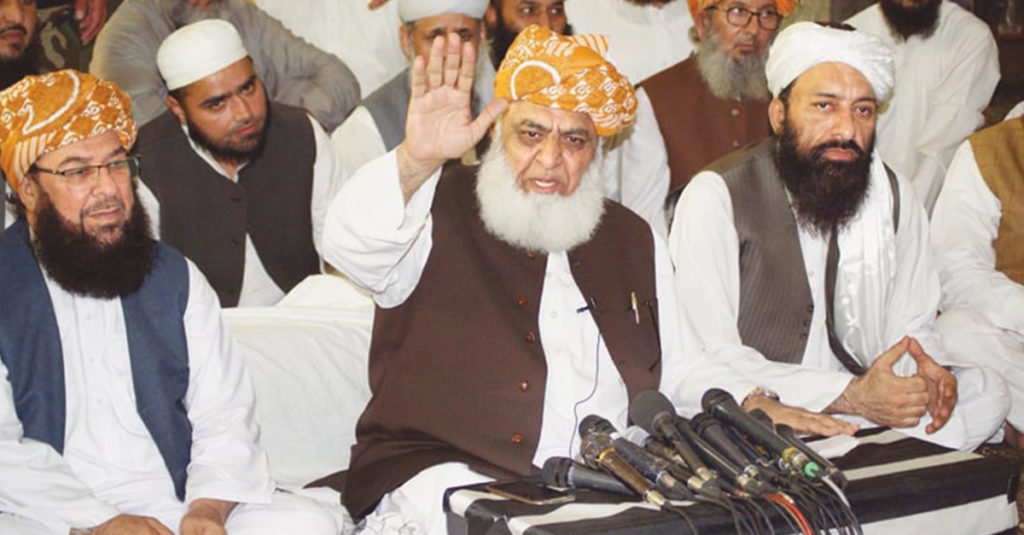 Islamabad: The government decides to give permission for the ‘Azadi March’ whereas, the Prime minister instructed the committee to continue discussions with opposition. The committee hopes that the opposition will soon agree with them.

While instructing the committee to continue talks with the opposition, the prime minister said that I Islamabad there are judiciary decrees about protests and the foreign ministry will determine the way to act upon these judicial decrees.

The government gives a conditional permission for the ‘Azadi March’ as long as long as it takes place within the ambit of law and the Constitution as decided by the Supreme Court of Pakistan and Islamabad High Court.

Yesterday, the governmental committee had a meeting in the President’s House which was attended by many members of the Committee. These include the acting president Sadiq Sanjarani, Federal Ministers Parvez Khattak, Shafqat Mahmood, Speaker Punjab Assembly Chaudhry Parvez Ilahi and the speaker National Assembly Asad Qaisar.

Note that the head of Rahbar Committee Akram Durani said earlier that the government makes a clear announcement that they will not hinder in the Azadi March then they will respond if contacted in that case.

The Prime Minister said afterwards that the Azadi March will negatively affect the identity of our country internationally. The economy is much better now and investment is coming into the country. What message are the Azadi March people giving to the investors? The government is busy with the Kashmir issue and to make the economy better and the opposition is concerned with the Azadi March. What they are doing will surely impact the global community.