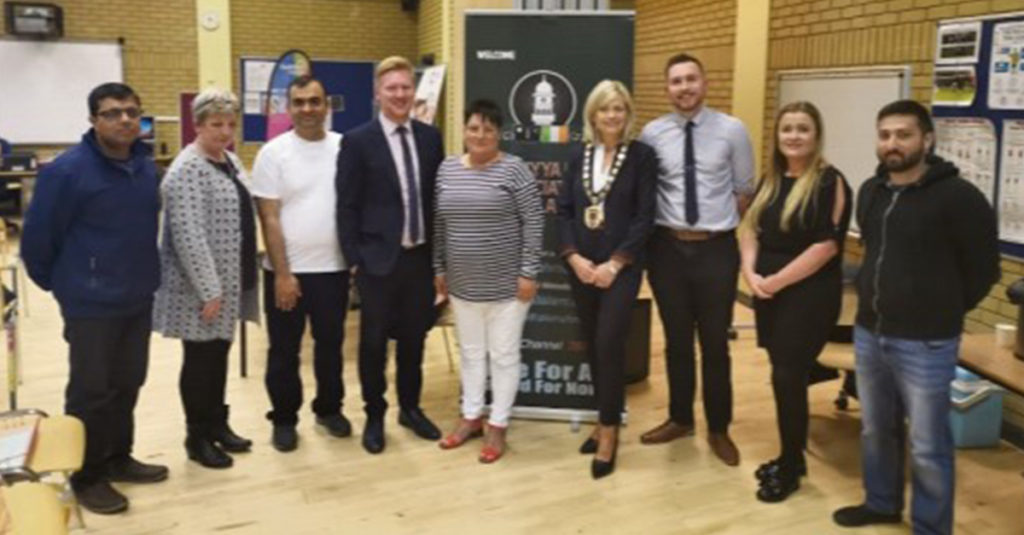 Since 2015, with the assistance of Northern Ireland Blood Transfusion service, Ahmadiyya Jama’at in Ireland has been able to serve humanity in the form of Blood donations.

In the previous 6 Blood donations, more than 265 blood donations have been collected and 1050 local people have got recruited in these sessions. An addition benefit of these sessions is that other charity organizations are also invited in this event and they put up their own stalls and get in contact with Jama’at e Ahmadiyya. Humanity First also organizes an exhibition of all its good works which is well appreciated by the people.

Many Mayors, teachers, Politicians, Police officers and students attend these sessions who get to know about the Jama’at. The local newspapers also cover this event and spread the message to more than 42,000 people.

This year, Ahmadiyya Jama’at Ireland was able to organize its seventh Blood Donation Session on Wednesday, October 2, 2019. The chief organizer of these sessions is the president of Northern Ireland region, Dr Noman Iftekhar. This year’s session was convened at South West College in Omagh city.

At this occasion, there charity organizations also had their representations apart from Humanity First, including the British Red Cross, Cancer Research UK and Marie Curie. All the attendees were served with refreshments. By the grace of Allah, the local people appreciated this effort by Jama’at e Ahmadiyya and the people got to know better about the peaceful teachings of Islam.