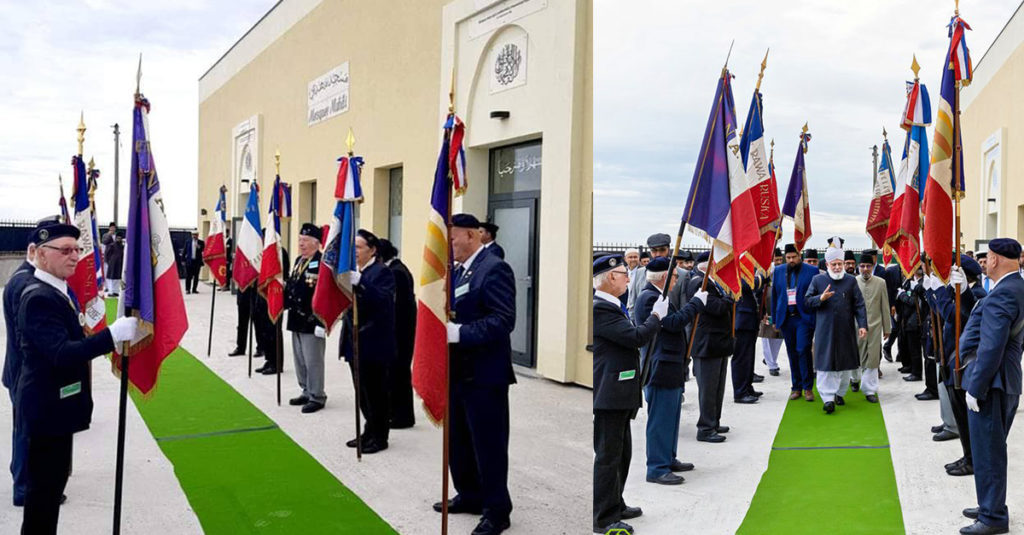 Strasbourg: The soldiers who took part in World War II have made an organization in Strasbourg. They attend the important events of the city in uniforms and reward the chief guest of the event with a salute.

The inauguration ceremony of Bait ul Mahdi was attended by 10 ex-soldiers and following their traditions, they all saluted the head of the worldwide Ahmadiyya community. Each of the soldiers was holding the flag of their battalion and they were wearing caps of their respective battalions and they had all adorned their chests by the medals they had received in army. Just the instance the head of the Ahmadiyya community passed from amongst them, they all held the flag of their respective battalion and presented a salute to his holiness. The world witnessed this overwhelming scene that on one side the devastating world war III is on the verge to break out, on the other side, the soldiers salute the spiritual king who is fighting for world peace.