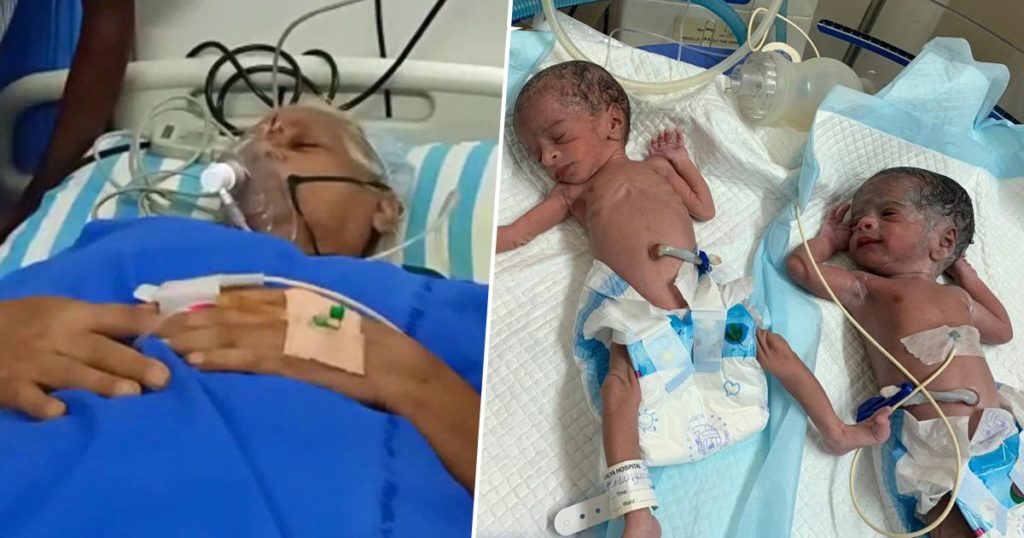 Mangayama, a 74-year-old woman from the Indian state of Andhra Pradesh, has become the oldest woman to give birth at such a long age. She gave birth to two daughters.

The woman married Yaramati Sitarama Rajarao, a farmer from Nilaparithipodi village in 1962. Despite having too many visits to doctors and temples, they had no children for 54 years.

Last year when a neighbor of hers got pregnant with the IVF procedure at age 55, Mangiyama thought of becoming a mother in the same way.

Since Mangyama did not have diabetes and blood pressure, doctors at Guiller’s Nursing Home declared her fit to become a mother through IVF.

In the next nine months, ten doctors monitored her general, nutritional and cardiovascular health. On September 5, Mangayama became the mother of two twin daughters at the age of 74.