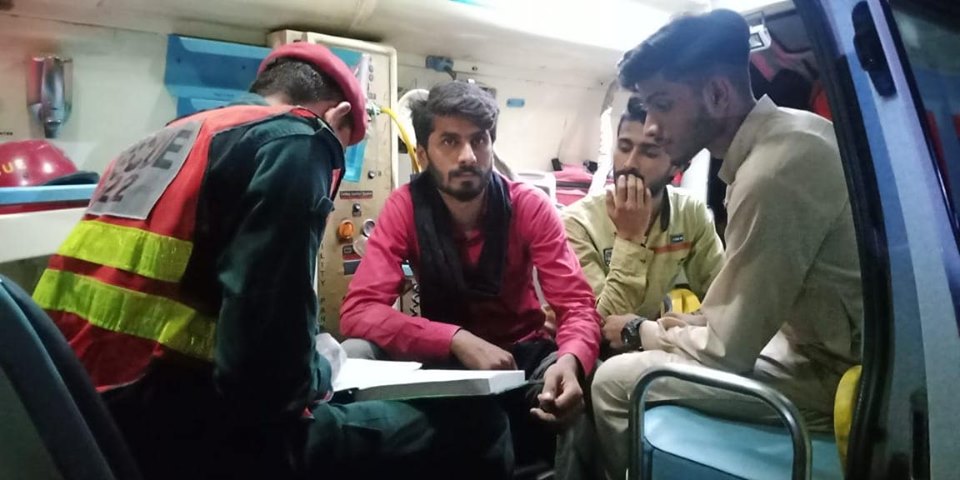 Chenab Nagar: Three boys came to have fun on the Chenab river bank.

They crossed the river and when they tried to get back the water rose they were unable to get back on the other side of the river.

Later the Rescue 1122 was called they resued them by using boats.

They all belong to Mohalah Karam Abad city Chiniot.