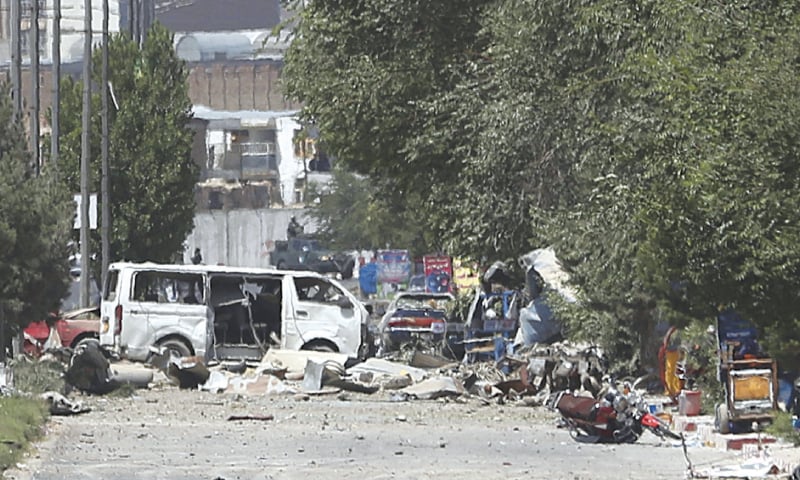 Chenab Nagar: In the Capital of Afghanistan Kabul, Afghan security forces killed 5 Taliban gunmen after a deadly bomb attack on the bus which resulted in 51 children’s death and more than 100 wounded among them.

In an under construction building the exchange of fire between the Taliban and security forces reminded more than seven hours.

Afghan military officials have said that truck was loaded with explosives which exploded and their target was defense ministry’s technical installation.