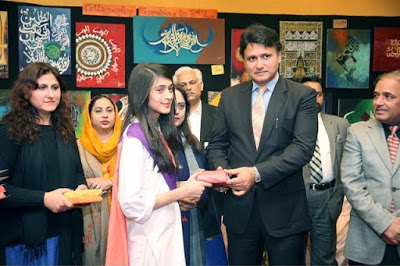 A senior Punjab government official proposed on Tuesday to make hijab mandatory for female students enrolled in the province’s colleges.

“We are leaving our religion behind, we are forgetting our culture and ethics. Hence, I have made the hijab compulsory for our women and sisters in colleges,” said Punjab Higher Education Minister Syed Raza Ali Gilani.

The minister added that it was his duty to take the step as it is “the duty of every Muslim”.

“I have also made a policy for it, if your attendance falls below 60pc then we will give 5pc attendance to those girls who wear a hijab,” added the higher education minister.

However, the policy is yet to implemented in the educational institutions of the province and has not been signed by Chief Minister Shahbaz Sharif.

Govt Of The Punjab âœ”@GovtOfPunjab

5% marks for Hijab students is absolutely WRONG news… Academic excellence only based on MERIT.. It’s clear policy of the Govt of Punjab.
6:54 AM – 14 Mar 2017

However, the provincial government in a tweet earlier denied the change in policy and clarified academic excellence will only be based on merit and no other factor would be considered.

Civil society activist and lawyer Jibran Nasir also criticised the move in a series of tweets. He later said he was glad that the provincial government “believes in judging men and women on merit and not apparel”.