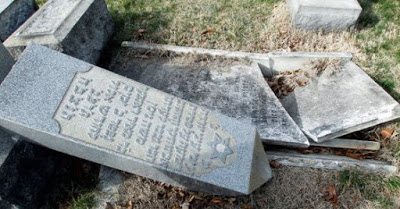 Hate crimes in the United States have increased in the months following the 2016 election. A hate crime is defined as abuse against a group or an individual based on religious views or racial ethnic background. This increase includes heinous acts against people belonging to Jewish and Muslim communities, as well as people with Middle Eastern backgrounds.

On Feb. 26, a Jewish cemetery in Frankford, Pa., reportedly had more than 100 headstones damaged. Just hearing this news sends a chill down my spine. How could someone have the audacity to topple headstones and vandalize a cemetery?

As always, the Ahmadiyya Muslim Community and the religion of Islam condemn all such attacks that target and disturb the peace of society.

I urge everyone to try and maintain the peace in our atmosphere so we all can live together in a hospitable environment.