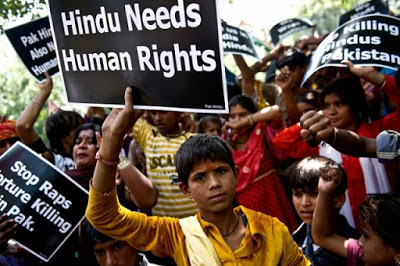 The victim’s brother in Balochistan says she was killed by ‘influential people’.

A Hindu woman has been axed to death in Pakistan’s restive Balochistan province. The police, who are hunting for the killers, are still unsure of the exact motive for the murder.

The incident took place in Baba Kot area of Nasirabad district. Balochistan province has been hit by a sharp surge in violence, including sectarian conflict.

Ram has urged top Baloch authorities to provide security cover to the family following the murder.

This is not the first time minorities have faced brutal attacks in Muslim-majority Pakistan. Minority communities such as Hindus and Christians have been facing attacks in recent years, despite the government’s efforts to reach out to them.

In addition to the public persecution of minorities, Pakistan has strict blasphemy laws based on Islam. Anyone found insulting or mocking Islamic principles or religious figures is given harsh punishment including the death penalty.