These women-exclusive taxis are launching in Karachi today 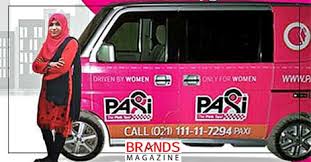 These women-exclusive taxis are launching in Karachi today

Among the various programmes planned for International Womenâ€™s Day, to be observed on Wednesday, there is also going to be the Paxi, which is the first women-exclusive taxi â€” â€œfor women and by womenâ€.

By this the Paxi Pakistan Company means that the taxis will be driven by women and they will have women passengers only. And this service will be introduced in Karachi on Womenâ€™s Day, helping women feel safe when hailing a cab. Women face a lot of issues during transit owing to the unfriendly environment in buses or any other form of public transport. But having a mode of public transport catering to them alone can solve many of their transport issues. 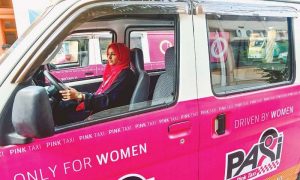 Paxi is starting with 10 drivers, referred to as â€˜pilotsâ€™, but intends to expand to Lahore and Islamabad in the next three to four months followed by other parts of the country. â€œOur pilots are housewives, young women, students, too,â€ shares CEO Sheikh Mohammad Zahid.

According to Sheikh Mohammad Zahid, Paxi Pakistanâ€™s CEO, they are starting with 10 drivers, referred to as â€˜pilotsâ€™, but intend to expand to Lahore and Islamabad in the next three to four months followed by other parts of the country. â€œOur pilots are housewives, young women, students, too,â€ he said.

Asked if the women required commercial licences to drive the cabs, the CEO said that was only needed for driving heavy vehicles. â€œBut we do train our pilots. Although we have 10 female pilots to begin with, there are many more enrolled with us for training. They, too, will be inducted soon,â€ he said.

The CEO also explained that the service could be accessed through four modes such as hailing a cab on the road, the phone app, call centre and SMS service. The latter two involve providing oneâ€™s name and phone number so that the dispatcher is able to verify the call or message and issue a four-digit PIN so that when the cab reaches the customer she can ask the pilot the code to book or initiate a ride. She will also have to provide her name and number when hailing a cab on the road in order for the pilot to be able to feed it in the system.

â€œIt only takes a few seconds,â€ he said. â€œAnd the call centre, SMS and just stopping a cab are options for those who may not have smartphones,â€ he added.

He said that the verification would also help as they have accident insurance though each vehicle has a medical kit and a fire extinguisher.

Other than the women-exclusive service, Paxi is also going to launch a motorbike taxi for single commuters who donâ€™t have to be female and a normal cab service on the lines of Uber and Careem that anyone can access. The date for their formal launch is said to be March 23 but there will be an orientation ceremony for the pink taxi and its pilots at the Boy Scouts and Girl Guidesâ€™ Headquarters here on Wednesday.

Earlier, in December 2016, Careem had also added about seven women captains to their ride-sharing service in Karachi and Lahore. 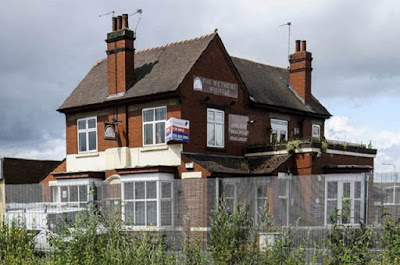 UK: Outrage over Ahmadiyyas’ plans to turn former pub in Burton into a mosque

Members of the Ahmadiyya Muslim Association UK have appealed to the council for planning permission to convert it into a place of worship.Â

A former pub’s regulars are up in arms over plans to convert it into a mosque.

Muslim leaders say the site of the Wetmore Whistle boozer in Burton-on-Trent, Staffordshire, is perfect for teaching, meetings and Friday prayers.

But those living nearby say it is an “utter contradiction” for Muslims who are teetotal to worship there.

Shop worker Sam Thomson, 24, said: “Muslims aren’t allowed to drink yet they want to go to a pub to pray.

“It’s an utter contradiction to everything they stand for.

“If a pub landlord wanted to knock down a mosque to build a beer garden they’d be uproar but it’s ok if it’s the other way round? Why?”

Members of the Ahmadiyya Muslim Association UK have appealed to the council for planning permission to convert it into a place of worship.

A decision will be made next month. 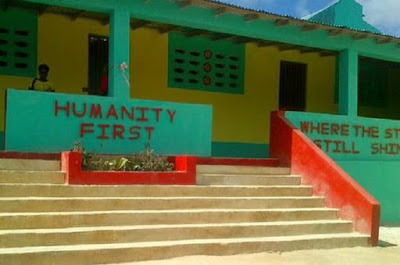 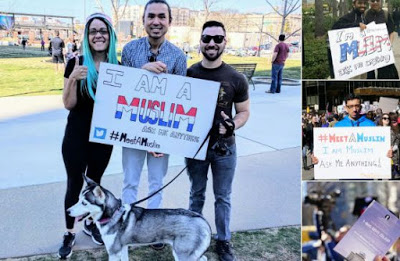 On Saturday, March 11, 1000 Muslims from 50 cities will be out in public to help bridge the gap between American Muslims and their non-Muslim counterparts with the #MeetaMuslim campaign.

Many Americans have misconceptions about Islam and a majority (62%) don’t even know a Muslim.

The Ahmadiyya Muslim Youth Association aims to erase these misgivings and answer any concerns our fellow Americans may have about Islam.

On Saturday, March 11, 1000 Muslims from 50 cities will be out in public to help bridge the gap between American Muslims and their non-Muslim counterparts with the #MeetaMuslim campaign.