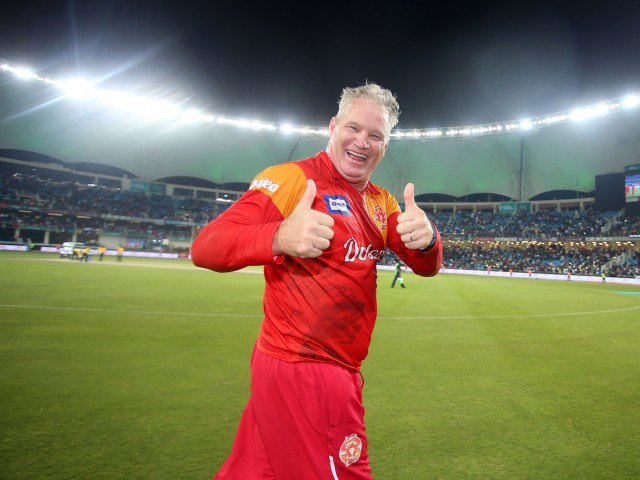 DUBAI:Â Islamabad United may have crashed out of the ongoing Pakistan Super League (PSL), but their coach Dean Jones has announced that he will still be traveling to Lahore to watch the final at the Gaddafi Stadium.

In the midst of mass withdrawals of the PSLâ€™s foreign contingent, Jonesâ€™ announcement will be music to the ears of the hosts.

â€œWe might not be in the final but we are committed to Pakistan cricket. Good luck to all teams still in play in the PSL,â€ said Jones.

But cricket is not the only motivating factor for the Australian to make the trip. He apparently is quite fond of Lahoreâ€™s famous cuisine.

â€œI will visit Lahore to support cricket in Pakistan but also to taste their delicious food,â€ he added.

Quetta Gladiators became the first team to qualify for the PSL final on Tuesday after defeating Peshawar Zalmi by just one run in a thrilling encounter.

It is the second straight year the Gladiators have qualified for the tournamentâ€™s final, although they will be looking to go one better than last yearÂ when they were bested in the final match by Islamabad United.