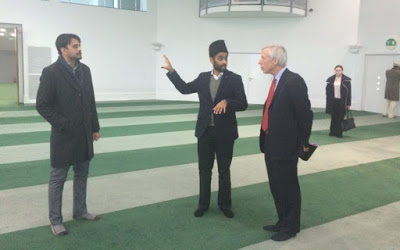 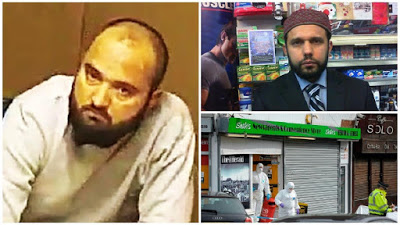 Support for Tanveer Ahmed was not as widespread as that for Qadri – but Ahmed was held in particularly high esteem for having killed someone accused of blasphemy in a non-Muslim country.

When Tanveer Ahmed was sentenced to a minimum of 27 years in jail for murder last August, Judge Lady Rae said he had committed a “brutal, barbaric and horrific crime”.

Ahmed stabbed to death Glasgow shopkeeper Asad Shah – who belonged to the persecuted Ahmadi sect – because he believed he was committing blasphemy by uploading online videos in which he claimed to be a prophet.

But in Pakistan, Ahmed is developing a growing number of supporters who see him as a “defender of Islam” for having killed someone they believed to be disrespecting the Prophet Muhammad.

On Monday evening, about 400 gathered outside his family’s home in the city of Mirpur, in Pakistan-administered Kashmir for a rally in his honour. The crowd chanted slogans praising Ahmed as “brave” and “courageous”.

One man attending said: “Because of what he did, the whole of Pakistan knows who he is.”

Another speaker told supporters Ahmed could help mediate their prayers.

“You should close your eyes, raise your hand towards the sky and pray, making Ghazi [warrior] Tanveer your representative,” he said.

The event was organised by the anti-blasphemy religious lobby group Labaik Ya Rasool Ullah (Here I am present, o Prophet of Allah).

The same group has championed another killer – Mumtaz Qadri – who in 2011 shot dead a high profile Pakistani politician for trying to reform the country’s blasphemy laws.

Blasphemy is an emotive issue in Pakistan, where it is legally punishable by death.

After Qadri was executed last year, tens of thousands of his supporters attended his funeral, and a shrine housing his tomb has been built in Rawalpindi.

Hardline cleric Khadim Rizvi is one of the leading figures in Labaik Ya Rasool Ullah, and is the most prominent supporter of Tanveer Ahmed.

As well as images of Mumtaz Qadri, Rizvi now uses images of Ahmed to promote his rallies and talks.

Ahmed had cited Qadri as his inspiration for killing his victim, and their supporters often compare the two killers.

In a BBC interview Rizvi said support for Ahmed was not as widespread as that for Qadri – but that Ahmed was held in particularly high esteem for having killed someone accused of blasphemy in a non-Muslim country.

Over the past few months a Facebook page run by Rizvi’s followers has released a number of audio messages from Ahmed whilst in jail. The messages included Ahmed justifying his own actions – and repeating slogans that “the penalty for blasphemers is for their heads to be cut off”.

Rizvi was prevented from attending the rally in Mirpur by police, but I met him earlier this month after another rally.

He said that until recently he would talk to Tanveer Ahmed on the phone “every couple of weeks”, and that he was proud of his friendship with him.

“I’m proud of the fact that we are in contact – and this pride will remain until the day of judgement and beyond.”

Rizvi added that his conversations with Ahmed included discussions on the topic of blasphemy, and chants in support of the Prophet Muhammad.

After a BBC report in January 2017 on Ahmed’s audio messages from jail, the Scottish Prison Service banned him from using the phone.

Rizvi said since the ban he had not spoken to Ahmed – but was confident they would resume contact.

“God willing it won’t change anything – phonecalls have been banned – letters haven’t – he will write to us.”

Rizvi, Ahmed and Qadri all come from the Sufi Barelvi sect of Sunni Islam, one normally associated with more spiritual interpretations of the religion.

Rizvi, for example, is vocal in his condemnation of recent attacks in Pakistan, and of militant groups like the so-called Islamic State.

But in Pakistan, Barelvis have been at the forefront of anti-blasphemy campaigns.

“A Sufi is someone who devotes his life to the Prophet Muhammad – if someone insults the Prophet and they just let it go – they are not a real Sufi,” Rizvi said.

Other Sufi Barelvi scholars strongly disagree with Rizvi’s position – but he is an influential figure in Pakistan.

At the mosque in Glasgow that Asad Shah used to attend, there is concern at how hardline views on blasphemy from Pakistan are being spread in the UK.

Abdul Abid, former president of the Scottish Ahmadiyya community, said: “Pakistan has got a problem – and this problem is being exported outside of Pakistan.”

Now it seems Tanveer Ahmed – from a jail cell in Scotland – is helping strengthen the anti-blasphemy movement back in Pakistan. 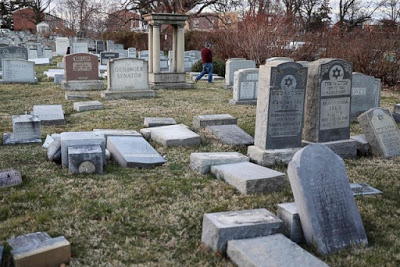 The Ahmadiyya Muslim Community has experienced similar attacks and acts of vandalism on their graveyards in the past hence the community can relate to these incidents.

The Ahmadiyya Muslim Community of Canberra stands in solidarity with Jewish Americans in particular & the Jewish community across the world and Australia in general as a second cemetery in the last two weeks was vandalised in the USA. This act is cowardly and unconscionable!

The Ahmadiyya Muslim Community is deeply troubled by these rising and ongoing attacks on our Jewish brothers and sisters. The members from our Philadelphia chapter have already assisted in the clean-up at the subject sites. We call upon all Australians to stand united against this hatred and extremism.

The Ahmadiyya Muslim Community has experienced similar attacks and acts of vandalism on their graveyards in the past hence the community can relate to these incidents and the grief our Jewish brothers and sisters are currently experiencing. We hope that the perpetrators of the cemetery vandalism will be brought to justice. The Ahmadiyya Muslim Community is ready to serve and protect our Jewish brothers and sisters against acts of intolerance and hatred, and pray for their safety. 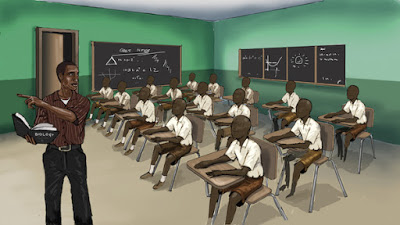 The donation which took place at the Ahmadiyya School compound, Kissy Dock Yard on the 28th February 2017 brought together nine more secondary schools in Freetown under one roof as they received smart phones from the two groups.

Mariatu Kargbo is an ex-pupil of that school. The donation to the school ranged from emergency cell phones, sport jerseys and musical instruments.

Before making the donation, Mariatu Kargbo thanked the principal, staff of the school and the other visiting principals of different schools that graced the ceremony. She said she was a daughter from the school, and was pleased to have gone back to her alma mater to give them what she described as a small token.

She challenged the pupils that it takes them to make a difference.

She also thanked the Chinese Government and the Government of Sierra Leone for their endless support in improving education in both countries.

The Principal of the Mariatu Kargbo Junior Secondary School, Alhaji Karimu Sesay also thanked Mariatu and her team for such a wonderful donation.

He said that it was not the first time she was donating to the school.