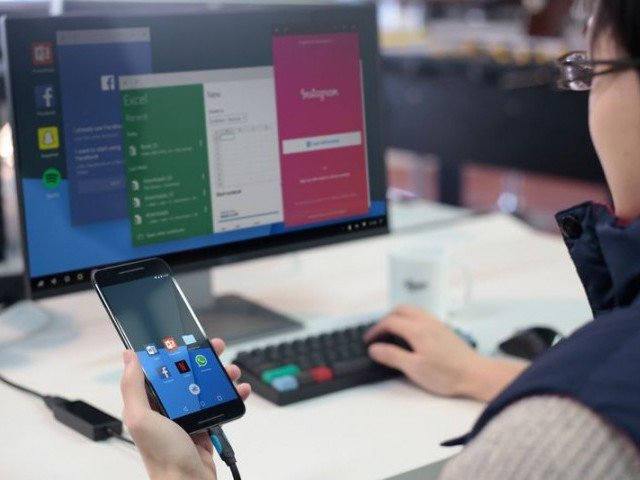 Imagine a future where your Android device will work as a full-fledged personal computer. Well, we might be a lot closer to it then you expect.

Beijing-based start-up Jide Technologies just unveiled the latest version of its Remix OS software that would turn an Android-based smartphone into a PC. 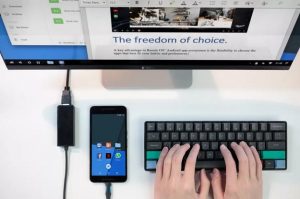 The new operating software called Remix OS (ROM), featuring the new Remix Singularity option, is expected to be released in the second half of 2017 and would be available for free.

Jide technologies has been working on the Remix operation software for the last three years which so far has over 4 million downloads. The OS tries to skin Android in an attempt to make it more run like a full-fledged PC that feature floating windows, a start menu, and a task bar all controllable with a keyboard and mouse.

Remix OS has support for all major apps that include Clash of Clans to Microsoft Word and Google Docs but are tailored to function more like a Windows PC.

This, however, isnâ€™t the first time a company has tried to offer a smartphone that doubles as a PC. The most recent being Microsoftâ€™s Windows 10 and Continuum which allows a Windows phone featuring a Snapdragon 820 chipset to run Widows 10 complete with HD video playback, Adobe Photoshop support, and Microsoft Office. 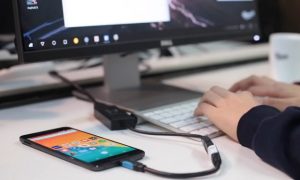 However, under powered hardware and missing essential software in most cases have prevented the product from gaining traction with the masses.

Jide co-founder David Ko, however, thinks his company has two big advantages, namely cost and the Android ecosystem, that would allow it to attract consumers.

Speaking to The Verge, Ko said: â€œIn the next five years, roughly 5 billion people will be coming online and when they come online, their number one choice will be the smartphone; an affordable smartphone and that will be an Android.

Choosing a ROM device, KO said will give consumers the added benefit of a desktop computer thrown in for free. â€œIf your phone can replace [your PC], itâ€™s a huge saving, and has a big impact to productivity.â€

However, Jideâ€™s operating software has a lot of hurdles to overcome in its way to become mainstream. One of the biggest challenges for Jide will simply be getting the software into consumersâ€™ hands where the company is trying to partner with OEMs to sell phones that support Remix Singularity.

Another obstacle is to attract users in the developed world where people have multiple computers and use cloud services to share files among them, which is easier than relying on an underpowered phones.

And finally a minor technical challenge which is that the OS doesnâ€™t have Play Store preinstalled and must be side loaded to access the full Android ecosystem of apps. This might come easy to tech-savvy users but itâ€™ll surely will put off some.

This article originally appeared on The Verge.