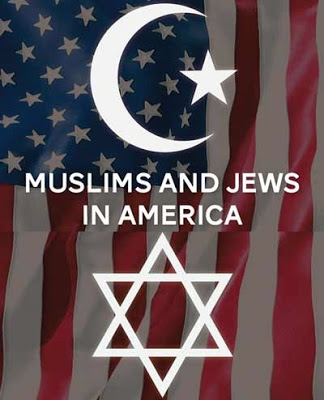 A new survey asked Americans to rate different religious groups on a â€œfeeling thermometerâ€ from zero to 100. The results revealed that Americans are warming up to people to different faiths.

The survey, released Wednesday by Pew Research Center, found that Americans rate Jews the warmest and Muslims the coolest. Pew surveyed 4,248 adults between Jan. 9 and 23, 2017, and found that Jews got an average rating of 67 degrees, while Muslims came in at just 48 degrees.

Across the board, though, Americans feel increasingly positive toward a range of religious groups. Pew compared the results of the study with those of a previous poll conducted in 2014, and almost every religious group received a higher thermometer rating in the second survey.

â€One of the really interesting things was that the increasingly warm feelings we see for these groups is so broad based,â€ Jessica Martinez, lead researcher for the study, told The Huffington Post. â€œThereâ€™s increasing warmth in the way religious groups view each other and in the way Democrats and Republicans view different groups. Even though there are differences, generally both view most of the groups more warmly than they did before.â€

Thermometer ratings for Jews rose from 63 degrees to 67 degrees. Muslims received a rating of 48 degrees, up from 40 degrees in 2014. Ratings for Catholics, Buddhists, Hindus, Mormons and atheists also rose. The biggest increase in â€œtemperatureâ€ occurred for atheists, whose rating rose from 41 degrees to 50 degrees.

Among different demographic groups, however, views of Muslims and Islam vary significantly. HuffPostâ€™s poll revealed a 29-point gap between Republicans and Democrats who view Islam favorably â€• at 15 percent and 44 percent, respectively.