USA: Moonlight Star Speaks Of Abuse After Converting From Christianity To Islam 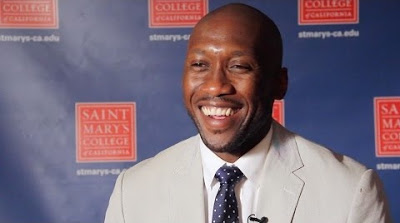 ‘My wife stopped wrapping [wearing a head scarf] in New York, as she had so many bad experiences. She didn’t feel safe anymore.”

Moonlight star and Oscar nominee Mahershala Ali has spoken movingly of facing discrimination as a black man after converting from Christianity to Islam.

Named after the biblical figure Mahershalalhashbaz â€“ the longest prophetic name in the Bible â€“ Ali is nominated for best-supporting actor for his role as Juan alongside co-star Alex Hibbert.

The film’s all African-American cast has won acclaim after the #OscarsSoWhite controversy last year. But Ali, who rose to prominence for his role playing Remy Danton in House of Cards, has spoken of the abuse he’s faced as a black Muslim in the US.

Despite his Christian roots with his mother a minister in blue-collar California, Ali converted to be an Ahmadiyya Muslim.

‘My wife stopped wrapping [wearing a head scarf] in New York, as she had so many bad experiences,’ he said in an interview with the Radio Times.

‘But I will say, if you convert to Islam after a couple of decades of being a black man in the US, the discrimination you receive as a Muslim doesn’t feel like a shock. I’ve been pulled over, asked where my gun is, asked if I’m a pimp, had my car pulled apart.’

Although commissioned before the rise of Donald Trump, Ali says he is pleased the film is around now, after the President blocked all travel from seven Muslim majority countries and suspended the entire US refugee programme.
…
Having made his name in popular TV series such as The 4400, Treme and House of Cards (in which he played corporate lobbyist Remy Danton), Ali was cast in major roles in films such as The Hunger Games: Mockingjay â€“ Parts 1 and 2, Free State of Jones, and Hidden Figures.