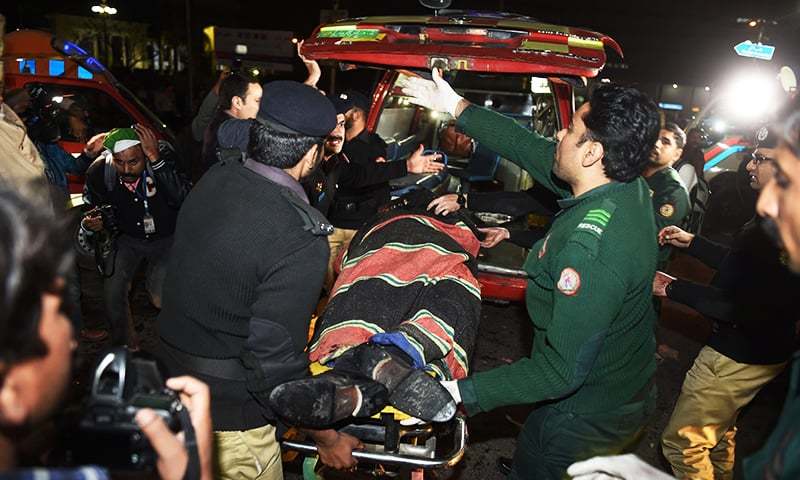 DSP Charsadda Fayaz Khan said five civilians have been killed in the attack, which the proscribed Jamaat-ul-Ahraar (JuA) has claimed.

Provincial government sources said one lawyer is among those killed and 15 others are injured.

At least three attackers attempted to enter the court premises through the main gate. They opened fire and also threw hand grenades, prompting retaliatory fire by police and security forces deployed at the court.

Eyewitnesses said the remains of the bombers were lying on the roadside along with their explosives and ammunition.

Town resident Mohammad Shahbaz told Reuters he was inside the judicial complex when the suicide bombers stormed it.

â€œI escaped towards the canteen and climbed the wall to save my life. But there were many people dead and injured,â€ he said.

It was not immediately clear how many people were inside, but hundreds of people including lawyers, judges and citizens normally attend such district court complexes every day.

Upto 10 ambulances were dispatched to Charsadda from Peshawar, where the Lady Reading Hospital has been put on high alert.

The attack comes as security has been heightened across KP and the country after the recent wave of terror.