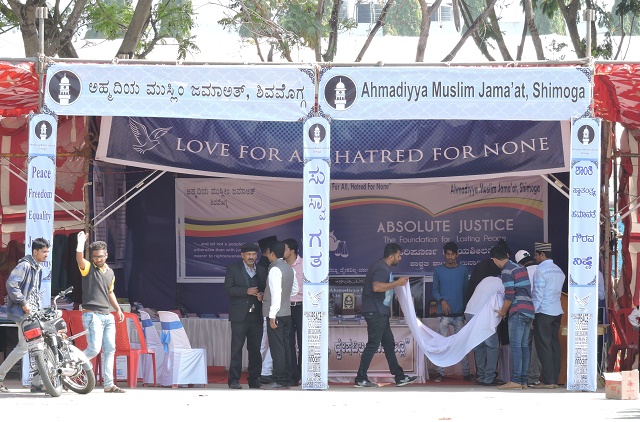 The Shimoga Chapter of the Ahmadiyya Muslim Jamaâ€™at Â hosted a huge and successful Book Stall on eve of 11th District Kannada Sahitya Sammelana (District Kannada Gathering) on the 4th and 5th of February, 2017.

â€œI am really moved by the way the youngsters of Ahmadiyya Muslim Community worked.”

Shimoga being a homeland to many intellectuals and also known for its Kannada culture and traditions had called to setup stalls through newspapers. Majlis Khuddamul Ahmadiyya, the youth wing of the Ahmadiyya Muslim Community started to work for the setup of Ahmadiyya bookstall. 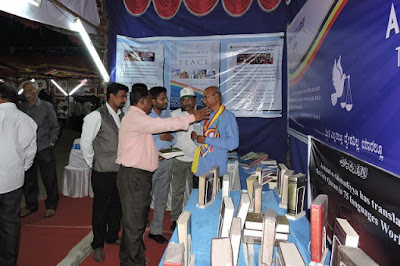 Over 5.000 leaflets and pamphlets were distributed along with the books World Crisis &and Pathway to Peace and Life of Muhammad and over 300 visitors were engaged. 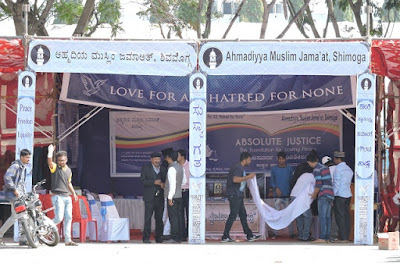 â€œI am really moved by the way the youngsters of Ahmadiyya Muslim Community worked right from setting up of Bookstall to the end, being your neighbour stall member I salute your way of working and team Â spirit â€ Said Mr Parashuram.

More than 100 eminent personalities have shared their appreciative comments.