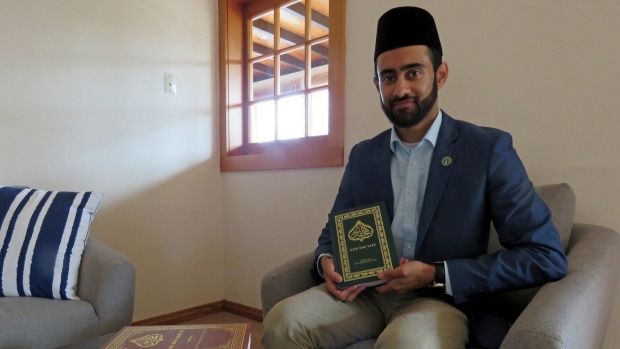 Sometimes a cup of coffee can make the difference between ignorance and knowledge.

Muslim imam and missionary Mustenser QamarÂ has extended an invitation to his Lower Hutt community: come over for a cuppa and a chat.

The idea behind it is for people to get to know a Muslim.

“I was encouraged to do it by what is going on in the world â€“Â the proposed Muslim ban [in the United States]. I thought it was really important that I reach out to my neighbours,” he said.

He originally made a post on Neighbourly.co.nz inviting people to meet up with him, and said he was surprised by the reaction.

“I don’t think I’d seen that sort of response on a post before. I actually encouraged a few of my friends in Auckland and New Plymouth to do the same thing.”

Since making the post more than a week ago, he has met about six people face-to-face, and is busy organising times to meet more.

He has talked to atheists about his belief, and what it means to him, but he hasÂ also had more casual chats with young families, bonding over childraising. Qamar’s first child, Bashir, was born on January 27.

His newborn son was another motivator for him to reach out.

“My child is going to grow up [in New Zealand]. I don’t want him to grow up where he will be judged on the actions of a few.”

Qamar has been in New Zealand for 18 months, after moving from Britain. He spent seven years studying Islam and comparative religion, and is open to frank discussions about his beliefs.

He is a missionary for the Ahmadiyya Islamic movement. AhmadisÂ believe Mirza Ghulam Ahmad,Â the 19th-century founder of their movement, to be the divinely appointed messiah and imam Mahdi, whose advent was foretold in different world scriptures and by the prophet Mohammed.

Qamar said other Muslims would often not recognise Ahmadis. A key message of the Ahmadiyya movement was “love for all, hatred for none”.

As part of his efforts to breakÂ down barriers and misconceptions about his religion, he has a YouTube channel called “Meet a Muslim NZ”, and is helping to organise a KoranÂ exhibition in New Plymouth this weekend.

To meet Qamar for a chat, contact him through TwitterÂ @MustenserAQamar, or call 0800 Y ISLAM.