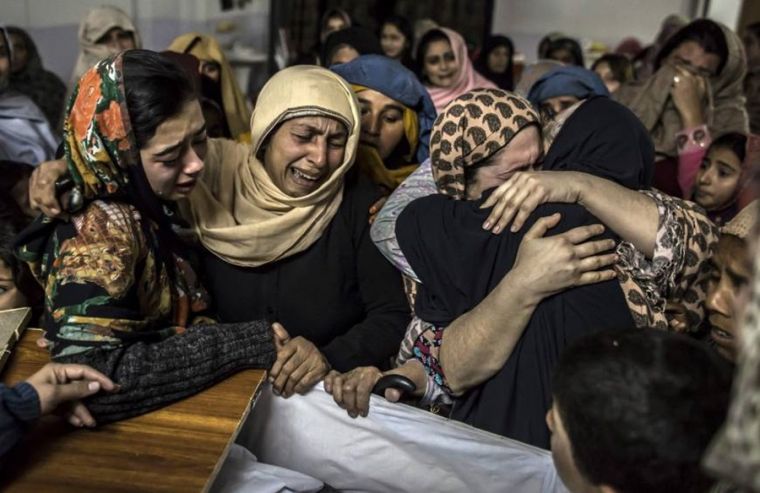 When the police found her body on the banks of the canal, the family noticed that her mouth was full of froth, which is a recognised indication that a person has taken a date rape drug.Â

Her family says there was probable evidence to prove she was kidnapped. There were also signs that she was raped before she was murdered.

And yet the police in Pakistan insisted that Tania, 12-year Christian schoolgirl, committed suicide by jumping into a canal, the British Pakistani Christian Association (BPCA) reported.

The family said there was CCTV footage that showed Tania getting into a vehicle just outside her school, a possible indication that she was lured by a kidnap gang.

When the police found her body on the banks of the canal, the family noticed that her was full of froth, which is a recognised indication that a person has taken a date rape drug. Moreover, Tania’s trousers were badly ripped, another possible indication that she was raped before she was killed and dumped in the canal.

The family is now calling for an independent autopsy of their daughter’s body.

To justify its claim that Tania committed suicide, the police said in its report that the victim suffered “deep depression” in school.

But Tania’s classmates and friends said this was an “unfounded allegation.”

Nadeem Gill, the girl’s father, said Tania “was young, happy and full of energy. There is absolutely no way she would take her own life!”

Wilson Chowdhry, chairman of the BPCA, is urging Christians to sign a petition calling for justice for Tania.

“Tania’s case fits the profile of many other similar rape incidents, sadly in her case it led to murder,” Chowdhry said.

Christians continue to be subjected to indiscriminate attacks in Muslim-majority Pakistan with the persecution watchdog group Open Doors USA ranking the country at No. 4 on its latest World Watch List of nations where Christians face the most severe persecution for their faith.

In its report, Open Doors states that hundreds of Christian girls and women have been kidnapped, raped and forced into Islamic marriages in Pakistan.

In December 2016, Amnesty International also deplored the plight of Christians in the country. It says religious minorities are often the target of false blasphemy accusations in Pakistan, which embolden vigilantes to threaten or even kill those accused of blasphemy.

Amnesty notes that authorities exert little effort to check the evidence of blasphemy allegations as they yield to public pressure. Trials are often “unfair,” the human rights group says.