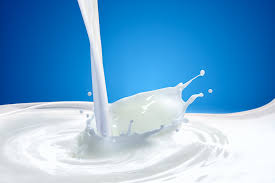 ISLAMABAD: After conducting tests on 16 brands of packaged milk given Ultra High Temperature (UHT) and pasteurisation treatment, the Pakistan Council of Scientific and Industrial Research (PCSIR) has found that only six are safe for consumption, the National Assembly was told on Monday.

Dairy companies use UHT treatment to increase the shelf life of packaged milk. For UHT treatment, milk is heated to above 135 degrees Celsius to kill harmful bacteria. Pasteurisation is a similar process, but involves lower temperatures and seeks to preserve microbes that are good for human consumption while eliminating harmful ones.

During a question-answer session in the National Assembly, the Minister of Science and Technology, Rana Tanveer Hussein told the house in a written reply that the PCSIR had conducted tests on 16 brands of packaged and liquid milk on the directives of the Supreme Court.

â€œOf these, only Prema Milk was found safe for consumption,â€ he said.

The above findings were also included in a report on the quality of milk submitted to the Supreme Court in Dec 2016 by the Pakistan Council of Scientific and Industrial Research.

The Supreme Court has been hearing a petition filed by Barrister Zafarullah Khan against the sale of substandard milk and drinking water in the country.

Barrister Zafarullah Khan had claimed in his petition that Pakistani citizens have been consuming milk adulterated with different chemicals, including detergent powder. He said the use of contaminated and substandard milk has been leading to serious diseases such as cancer and hepatitis-C in humans, and asked the court to ban the use of contaminated and adulterated milk and water.

The apex court had on September 16, 2016 ordered the University of Agriculture Faisalabad, the University of Veterinary and Animal Sciences Lahore and the PCSIR to conduct a chemical examination of all domestic and international brands of packed milk available in the market.

Chief Justice Mian Saqib Nisar â€” who has been hearing the case since it was taken up â€” had instructed representatives of the three institutions to conduct a thorough analysis of the milk samples without any fear and leniency as the matter involved the lives of children.