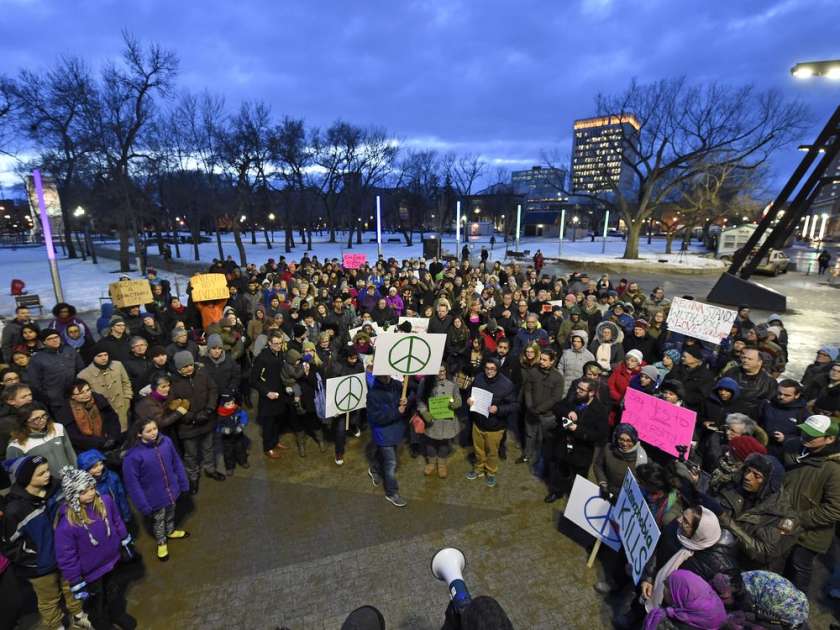 Sunday nightâ€™s shooting at a Quebec City mosque that killed six people and injured eight others struck a nerve for Saad Abbasi.

â€œI just thought about my parents and just some friends and family friends and who could be afflicted by something like this,â€ said Abbasi, who is from Montreal and now lives in Regina.

Abbasi said that while Quebec has experienced an increase in Islamaphobia in recent years, he couldnâ€™t recall an incident where Muslims were killed in their place of worship in North America.

â€œThat right away made me feel very unsafe, and not just for Muslims, but I think for people of all different denominations,â€ said Abbasi.

Mosques across Canada belonging to the Ahmadiyya Muslim Community, including Reginaâ€™s Mahmood Mosque, are taking extra security precautions in the wake of the attack.

â€œThis is something that unfortunately we donâ€™t want to do because our mosques are open to everybody, but due to the severe circumstances at the moment we are establishing stricter security policies,â€ said Zeeshan Ahmed, who is an imam at the mosque.

After it received a call from a concerned member of one local mosque, the Regina Police Service gave assurances that it is keeping the local Islamic community in mind. During a press conference Monday, the RPS said it would be increasing patrols in areas surrounding mosques within the city. The RPS cultural diversity unit will also be reaching out to mosques.

â€œThere isnâ€™t an indication of an elevated threat, but it is important for people to know that weâ€™re here and available,â€ said RPS spokeswoman Elizabeth Popowich.

After hearing the news, Abbasi contacted his friend Faycal Haggui and the two organized a vigil in Victoria Park at 6 p.m. on Monday to show solidarity with Muslims in Quebec.

â€œQuebec has a pretty large Muslim population, and so we donâ€™t want them to feel any more marginalized given the events in the world and given whatâ€™s happening down south in the U.S.,â€ said Abbasi.

Haggui is from North Africa, and has lived in Saskatchewan since 1998. Like many, he was shook when he heard the news of the shooting.

â€œI kind of tried to understand what happened, and then became seriously worried about myself, and my community and my kids. Usually it happens somewhere else, and you never think that it could happen in Canada here,â€ said Haggui.

â€œWe always knew we were the target, but this is like becoming a reality in its worst form,â€ said Rafat, who lives in Regina and works fort a non-profit organization.

Rafat said the prejudiced views that are becoming more prevalent against Muslims around the world is something even Muslims in Saskatchewan have in the back of their minds.

â€œI go to yoga and Iâ€™m now thinking â€˜Should I wear my head piece when I go to yoga?â€™ Like this is how crazy it is,â€ said Rafat, who immigrated to Saskatchewan from Pakistan 10 years ago.

Rafat said people have been leaving flowers in front of the IAS mosque at 3273 Montague St. She said the unity seen in the community is heartwarming, but lamented that it took six lives to bring people together.

â€œWe watched the American elections very closely, and it was scary for us. We knew it was not going to be the same world that we are living in post Nov. 21, we knew that, but I think we didnâ€™t expect it would unfold so fast and so drastically,â€ said Rafat.

Haggui said a mosque is a place people should feel safe, and that he wanted to organized the vigil because of how many people would be impacted by the shooting.

â€œI think the people creating this kind of violence are a minority in Canada and we should stand united, so thatâ€™s the message,â€ said Haggui. 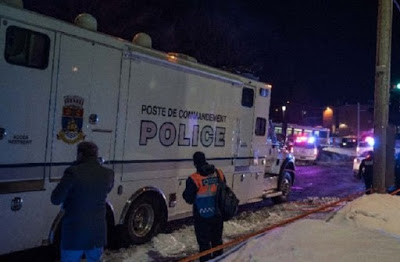 The ban will not affect Canadians, until it did | Naila Chaudhry

At least six dead in Quebec City, as a mosque was attacked shortly after evening prayers. This also happens just days after United States President Donald Trump bans refugees, migrants and foreign nationals from seven predominantly Muslim countries. As I flipped through every news channel, I heard this ban would not affect Canadians â€” but it just did. My fellow Muslim brothers have just been murdered in Canada because of their faith.

You see, Trumpâ€™s policies are a global issue. They may not be a threat directly, but when policies are based off of hate, it normalizes a hateful rhetoric. It normalizes animosity. That ideology then transcends borders and, ultimately, innocent people pay the price.

Here in Saskatoon, my community is anxiously awaiting the next few weeks to pass, as the first ever purpose-built mosque in Saskatoon is almost finished. The construction is coming to an end after the 14 years I have lived in Saskatoon waiting for its completion. However, in these 14 years, I have never once fathomed that here in Canada our mosques could be a target of such violence. I could never imagine community members being killed while praying.

A mosque is a house of God. Its purpose is to emulate peace. It is a place for all people to come worship. Muslims are peaceful people. In times like this, my community and I open our doors for dialogue. Fear has been ignited amongst people, but hatred and violence is not the answer. It is never the answer.

The Fourth Caliph of the Ahmadiyya Muslim Community, Mirza Tahir Ahmad, once said â€œswords can win territories, but not hearts. Force can bend heads, but not minds.â€

Let us win hearts and bend minds with compassion, with love. Mosques around your community are open to all people. Let us not fear one another. Let us come together and unite under humanity. Let us not divide. Let us stand in alliance against hate. Let us talk.

Read original post here:Â Perspective: The ban will not affect Canadians, until it did | Naila Chaudhry

â€œWe are deeply troubled by the policies being announced by the new US administration. At a time when many of the worldâ€™s nations are ravaged by war, famine, and religious intolerance, the last thing we needed was more divisive measuresâ€

We stand together with anyone who faces persecution in any form.

The Ahmadiyya Muslim Community strongly condemns the ban announced by US President Donald Trump on travel of residents of the seven Muslim countries, as well as the strict restrictions place on refugee movement into and through the US. The community strongly believes that such restrictions are a violation of the basic human rights, and affect in some cases the most vulnerable of people who are seeking refuge from injustice, violence, and persecution.

â€œWe are deeply troubled by the policies being announced by the new US administration. At a time when many of the worldâ€™s nations are ravaged by war, famine, and religious intolerance, the last thing we needed was more divisive measuresâ€ says Mr Bashir Khan, the President of AMJNZ.

â€œThe powerful western nations are looked upon as the leaders of the free world, providing guidance and leadership to the weak and oppressed. If at a time like this, they start talking of barriers and walls, then what hope is there for the rest of us? We stand together with anyone who faces persecution in any form. And while we recognize and appreciate the need to stop terrorist movements, such measures can only be counter productive and serve as propaganda tools in the hands of religious fanaticsâ€ said Mr. Khan.

The community leader urges the New Zealand government to take a stand against such measures, condemning these as a violation of human rights.

membership exceeding tens of millions. Its motto of â€˜Love for all and hatred for noneâ€™ is evidenced through the peaceful actions of its millions of followers. The New Zealand branch of this community was established in 1987 and has now expanded to over 500 members. It is a registered charitable organisation and endeavors to be an active and integrated community within New Zealand society.