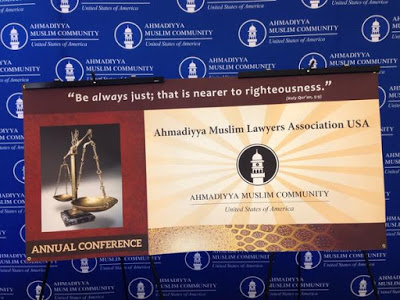 Anyone travelling to the U.S. should NOT sign a I-407 form.

Ahmadiyya Muslim Lawyers Association of the United States of America (AMLA-USA) has issued an urgent advisory for the traveling public, especially addressing the issues of those impacted by the President Trump’s Executive Order issued in the name of “Protecting the Nation From Foreign Terrorist Entry Into the United States.”

The AMLA-USA advisory aims to alert travelers to know their rights, and advises to seek legal counsel before undertaking traveling plans to and from location outside of the United States.

The following are the key points of the advisory issued by AMLA-USA: