Nawaz forbidden from making speech in Davos due to corruption investigation 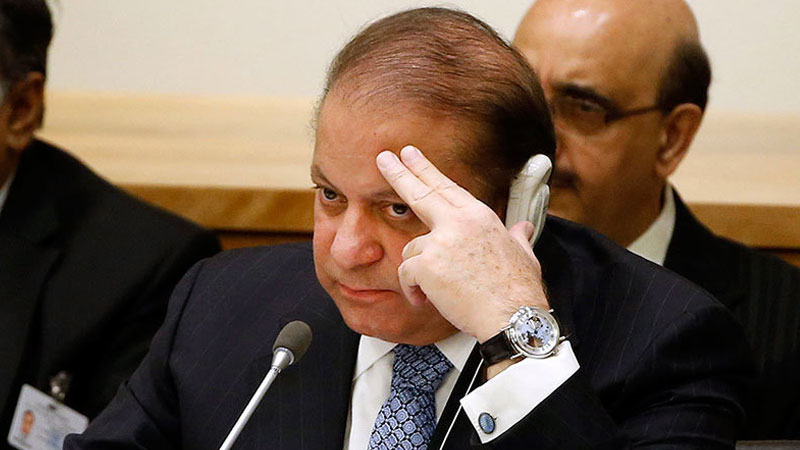 In contrast, former army chief Gen (r) Raheel Sharif was held in great reverence in the conference as he addressed several forums and participated in many debates

ISLAMABAD:Â Prime Minister Nawaz Sharifâ€™s failure to make a speech during his four-day stay in Davos has sparked resentment among the people.

Prime Minister Nawaz Sharif spent millions of rupees on his luxuriant visit during the visit but failed to address any important forum because he was not allowed by the management of Davos Economic Forum to address any function.

In contrast, the former army chief Gen (r) Raheel Sharif was held in great reverence in the conference and he addressed several forums and participated in many debates. The meeting of the World Economic Forum is held every year in Davos in the month of January and world leaders are invited to address it.

Nawaz Sharif had gone to attend the Davos Forum without any invitation from its sponsors and spent millions of rupees on his visit out of the national kitty. But he had to face disappointment when he was not allowed to address the forum. The prime minister stayed in five-star hotels in Switzerland at the cost of the nationsâ€™ taxpayers.

Official sources said he spent over four days there just talking to Pakistani journalists before leaving for London in sheer despair. The PM had made special arrangements for his visit to Davos and he had a speech prepared. But he could not present his written speech in the forum.

The official spokesman declined to comment on the matter.