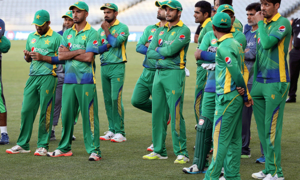 Pakistan is in serious danger of failing to qualify directly for the International Cricket Council’s (ICC) World Cup 2019 in the United Kingdom as it currently sits at eighth position in the One Day International Team Rankings.

Pakistan is at eighth position with 89 points, two behind Bangladesh and two ahead of the West Indies, said an A former world champion, Pakistan has sets its sights on direct qualification for the World Cup 2019 as it takes on the in-form reigning world champion and number-one ranked Australia in a five-ODI series starting in Brisbane on Friday.

To at least maintain its pre-series ranking points, Pakistan needs to win one match of the series, while victories in more than one match will earn it crucial points.

If Pakistan wins two matches, then it will join Bangladesh on 91 points but will be ranked behind its Asian rivals by a fraction.

In the scenario of Pakistan winning the series, it will move ahead of Bangladesh and, as such, will enhance its chances of qualifying directly for the event it won in Australia in 1992.

On the flipside, Australia will retain its pre- series points if it wins the series 4-1, while it will concede one point if it wins 3-2. Australia can fall from the top pedestal but to make it happen, Pakistan will have to win by 4-1 or better.

However, considering that Australia leads Pakistan 33-16 on a head-to-head in its backyard, including 15 wins in 19 ODIs this decade, this looks highly improbable.

The ODI team rankings, unlike the Test rankings, are updated after each match and the ODI predictor function is available here.

Host England and the seven highest-ranked sides on the MRF Tyres ICC ODI Team Rankings as on 30 September 2017 will qualify directly for the event proper to be held from May 30 to July 15, 2019.

The four bottom-ranked sides will be joined by six teams from the ICC World Cricket League in the 10-team ICC Cricket World Cup Qualifier 2018 and the top two sides will complete the 10-team World Cup line-up.

Meanwhile, third-ranked India takes on fifth-ranked England in a three-ODI series starting in Pune on Sunday, January 15. While India will be aiming to narrow the gap with second-ranked South Africa, England will be targeting an upward movement.

India can rise to as high as 114 points if it sweeps the series, but if the series result is reversed, then England can move up one place to fourth and India can slide to fifth. 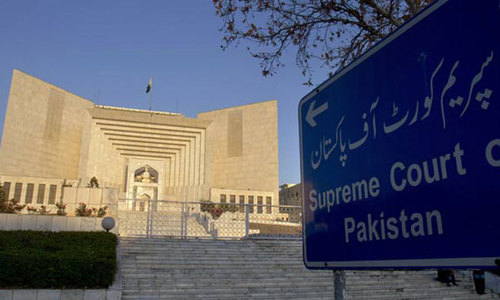 The prime minister’s counsel, as he resumed his arguments before the Supreme Court during hearing of the Panamagate case on Thursday, was quizzed about a money trail for the London flats and asked to prove there were no inconsistencies in the PM’s speech in the National Assembly last year. 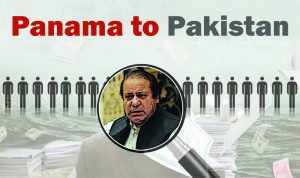 The PM’s counsel, Makhdoom Ali Khan, denied that his client had anything to do with the London flats before the five-judge bench headed by Justice Asif Saeed Khosa.

Khan argued that the family business was transferred to Nawaz Sharif’s son, Hussain Nawaz after the death of Mian Sharif, the PM’s father. “Nawaz Sharif had nothing to do with it,” he said.

The PM’s counsel denied Nawaz Sharif had been a director of the family’s Dubai factory.

Khan told the bench that the Dubai factory was established after taking a loan, upon which he admonished by a judge for presenting documents in court that did not make this apparent.

The counsel in turn asked the court to form a commission “to go to Dubai and review allegations made against the prime minister.”

Justice Ijazul Hassan observed that the prime minister had recognised the Dubai mills and said all records are available. “Now the burden of proof is on you,” he told the PM’s counsel.

Khan was of the opinion that presenting documents and proof is the petitioner’s job.

Justice Khosa reiterated that “the prime minister’s lawyer will have to satisfy the court” regarding the ownership of the Dubai factory.

Justice Sheikh Azmat Saeed told Makhdoom Khan that the Panamagate case is based on contradictions in statements made by the prime minister on the floor of the National Assembly after the Panama leaks last year.

The judge, referring to the plaintiff’s allegations that Nawaz Sharif provided incorrect statements, told the counsel, “If you disagree, then you will have to prove it.”

“If there is a small mistake in the speech, it can be overlooked. But if mistakes were made on purpose, there will be serious consequences,” Justice Ejaz Afzal warned.

“We do not believe that the speech was wrong but if something was hidden on purpose, we will consider that to be a half truth,” Justice Khosa said.

The counsel told the judge that the prime minister, in his speech, was providing an overview of his family’s business.

“He was not taking an oath or answering a specific question,” Khan said. “The prime minister’s speech was not a statement in a court.”

Makhdoom Khan said that there are two ways to remove the prime minister: the first is through the submission of a no-confidence motion. The second requires that Members of the National Assembly prove that the PM is dishonest.

“The Supreme Court, however, cannot disqualify him based on the statements and claims of others,” Khan said.

“Did the prime minister tell the truth or did Hussain Nawaz tell the truth,” Justice Ejaz inquired. “If one of them has told the truth, then the other has lied.”

“The record the the prime minister referred to in his address has still not come forth,” Justice Gulzar observed.

Justice Khosa remarked, “The prime minister had said his life is an open book. There seem to be some pages missing from that book.”

Makhdoom Khan finished the days arguments by telling the court that the matter of the money trail has nothing to do with the Nawaz Sharif.

“The business belongs to the [premier’s] children. The record will be presented by their lawyer.”

“The lawyer of Hassan and Hussain Nawaz will present details about the business and the money trail record,” Makhdoom Khan said.

The hearing was adjourned till Friday. 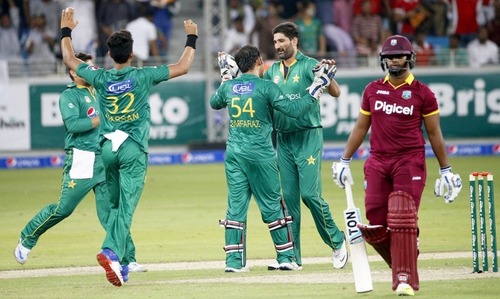 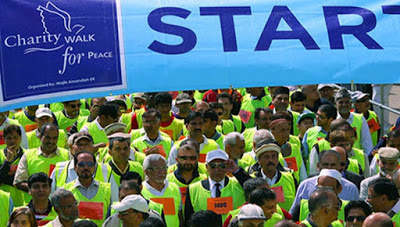 MONMOUTHSHIREâ€™S family support charity Home-Start has been presented with a donation of Â£500.

Home-Start was chosen by the Ahmadiyya Muslim Community UK to be a beneficiary of its flagship Charity Walk for Peace, an annual event that has raised nearly Â£3m for good causes throughout Britain over the last 28 years.

Monmouth MP David Davies, who has held discussions with Ahmadiyya Muslims in Parliament, presented a cheque on their behalf to Home-Start manager Pam Lloyd.

Based at Bridges Community Centre in Monmouth, Home-Start Monmouthshire offers emotional and practical help to families with young children who are experiencing stress or difficulties.

Mr Davies said: â€œWhen Ahmadiyya Muslims asked me if they could support a local charity, I was delighted to mention Home-Start.â€

Pam Lloyd added: â€œIt is always lovely when we receive unexpected donations that we havenâ€™t had to canvass for and I would like to thank David for nominating our scheme.

â€œWe are struggling to find funding for 2017-18 so it will be carried forward to boost the budget and used to help families in Monmouthshire.â€.