Senate body to approach FO for complaint against Canadian citizen 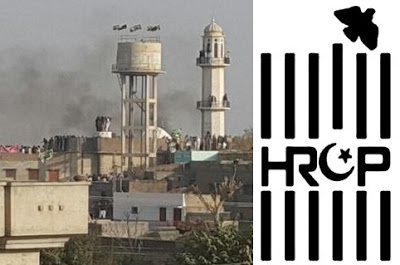 ISLAMABAD: The Senate Functional Committee on Human Rights on Monday decided to approach the Foreign Office to lodge a formal complaint with the Canadian government against the key suspect of a recent attack on a worship place of the Ahmadi community in Chakwal. 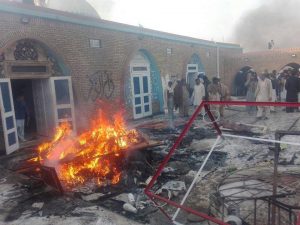 ng a meeting chaired by Senator Nasreen Jalil, the committee was briefed about the attack on the Ahmadi community in the Dulmial village on Rabiul Awwal 12 falling on Dec 12.

The committee was informed by Chairman National Commission on Human Rights (NCHR) retired Justice Ali Nawaz Chohan that the key culprit behind the incident was Abdul Rasheed, a Canadian national of Pakistani origin.

He said the NCHR had already written a letter to the Canadian High Commission in Islamabad about the involvement of the Canadian national in the incident. 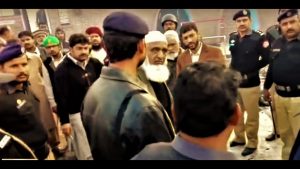 The attack occurred when the 12th Rabiul Awwal procession changed its route and moved towards the Ahmadi institution, ensuing firefight, deaths on both sides and eventually, the ransacking of the place of worship.

â€œWe have gathered information and also sent a team to check the facts,â€ the chairman NCHR said. â€œIt was clear and known to all that this person, Abdul Rasheed, is a local of Islamabad region and had recently shifted to Chakwal.â€

Justice Chohan said the accused had a history of propagating extremism and creating troubles in the name of religion.

â€œHe has been doing this in Toronto too. He organised the mob out of the procession and attacked the worship place.â€

The chairman NCHR said Rasheed had absconded from the scene and was still at large. â€œThe commission has forwarded these details to all concerned, including the interior ministry and the Canadian High Commission, with the hope that action will be taken against such troublemakers,â€ he added.

â€œWe blame the police and the administration for failing to stop the act of violence,â€ Justice Chohan said and told the committee that others accused who organised the gang of attackers, including Usman Azam, Syed Tauqeer and Tanvir Shah, were still evading the police.

While the senators blamed the police and the administration for the failure to prevent the act of arson, District Police Officer (DPO), Chakwal, Munir Masood informed the meeting that the three culprits identified by Justice Chohan had been arrested. â€œThere has never been any history or violence or clash among communities in that area. So it was unexpected for us too,â€ the DPO said.

However, Senator Nisar Khan said there had been reports on social media that the police did not act to prevent the violence which continued for around five hours.

However, the DPO said additional police personnel, including elite and reserves, were deployed during the procession.

â€œThere were around 100 houses of the Ahmadi community in the village and the police force was sent to protect them as the attack occurred,â€ he added.

He said the police were currently engaged in reconciliation between the two communities and assured the committee that the resettlement of those who left their homes would start soon. He said the majority community should pay compensation to the victims.

The committee decided to write to the Foreign Office to forward the matter to the Canadian government.

It also decided to write to the Punjab government to pay compensation to the victims.